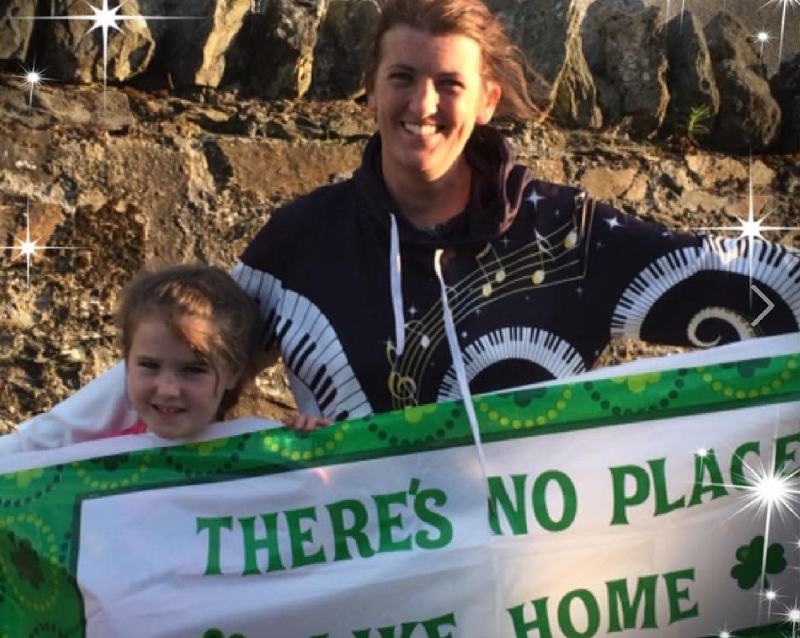 As part of the Féile Róise Rua Virtual Festival, Brí Carr Music presents an alternative album release and concert as Gaeilge and in English on Sunday 17th May on Brí Carr Music Page from the Seomrá Suí in Caisealshanaghan, Ramelton at 4pm.

Little did Brí think that her album entitled ‘H.O.M.E.’ (ABHAILE) would be so prophetic when writing and recording the material over the last two years, with the title track ‘H.O.M.E’ suddenly taking on a whole new meaning in short taster concerts over the last few weeks. Another popular track from the upcoming album, ‘Voice of an Angel’, in both languages, tells the story of the angelic hero who cares for their patient as they prepare for their journey home, and of course ‘Ag teacht tar ais go Dhún na nGall’, now on Youtube, has become all the more poignant with its vista scenes of the county’s beautiful coastline, a track which resonates deeply with the Donegal Diaspora at home and abroad, and one Brí now identifies all the more with, given her family’s inability to spend time in her beloved Arranmore Island.

With scheduled concerts to take place in Glenveagh Castle, and Donegal Castle, originally to be supported by various artists from the Wild Atlantic Women, this Sunday the revised support act will be none other than one of the Wild Atlantic Wains, 10 year old daughter Caela, and the setting has been re-arranged to be the setting of Brí’s own Ramelton home, if we close our eyes, we can pretend it’s the sitting room of a castle somewhere in the hills of Donegal.