This Ain’t No Disco Returns on Christmas Day 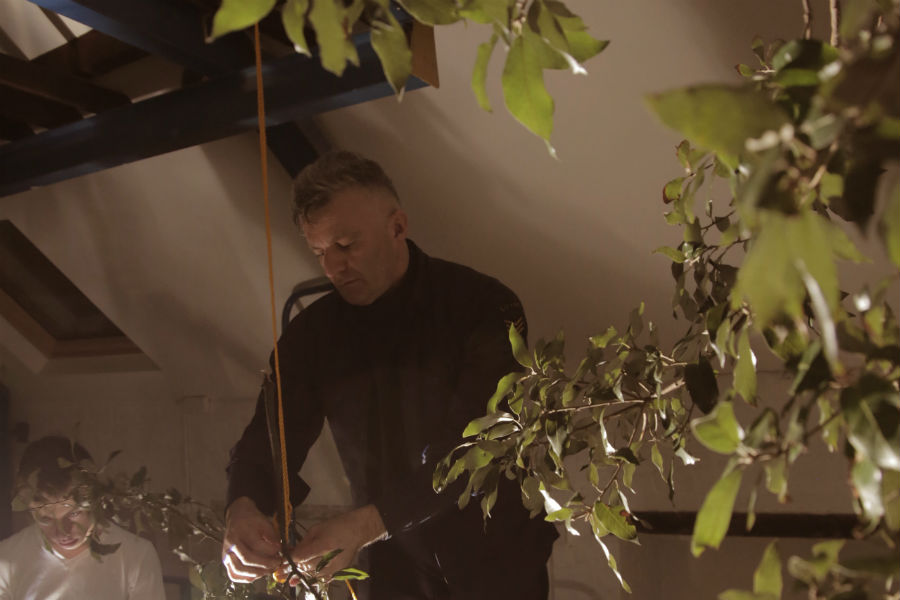 After a two year hiatus, the online Irish alternative music programme This Ain’t No Disco returns for its highly anticipated second season to be released on Christmas Day 2019.

The new season will feature a cross-section of Ireland’s thriving music and spoken word scene, representing some of the most talented yet under-represented visionaries in Ireland today.  This dynamic audio visual showcase seeks to examine not only where the boundaries are being pushed today, but also where this music is rooted both historically and geographically.

Hosted by DJ (and former host of the cult 90’s TV program, No Disco) Donal Dineen, This Ain’t No Disco is voluntarily produced by a skeleton crew of friends and music enthusiasts, directed by music documentarian and award-winning cinematographer Myles O’Reilly.

Season II of This Ain’t No Disco will comprise of four 1-hour long episodes to be released quarterly over 2020 via Patreon and Facebook.

“I can’t express how necessary and important it is that people of all ages in Ireland get to experience the joy of discovering new and emerging music from their own country. There are so many fresh sounds being created here in bedrooms, kitchens, living rooms, pubs, clubs and just about anywhere you can swing a guitar, which need to be heard and amplified, because they are the sounds of our country growing, and of our culture evolving. After a two year hiatus to allow for new growth, This Ain’t No Disco is coming back for a second season, and what we ultimately hope to achieve pull focus on what it means to be Irish today, through expression in sound happening all around us.”

“There is an embarrassment of riches in Irish music at present, so Myles and I try to pick out strands of golden thread and stitch each episode together with due care. There is a collaboration of sorts at the heart of each edition. For the new series, we plan to spread the net wider and dig deeper again, to unearth these stories. It’s just a snapshot of what’s happening. To map the whole rich tapestry would be impossible so we concentrate on important parts of the pattern as we see it and do our best to faithfully present that in the best light possible. For historical purposes alone, we feel it’s an important endeavour.”

Save the date now and tune in to This Ain’t No Disco on Christmas Day. Support the project on Patreon here: https://www.patreon.com/thisaintnodisco

This Ain’t No Disco Season II is made possible by the generous support of our Patreon donators, and partnership with IMRO.

THIS AIN’T NO DISCO