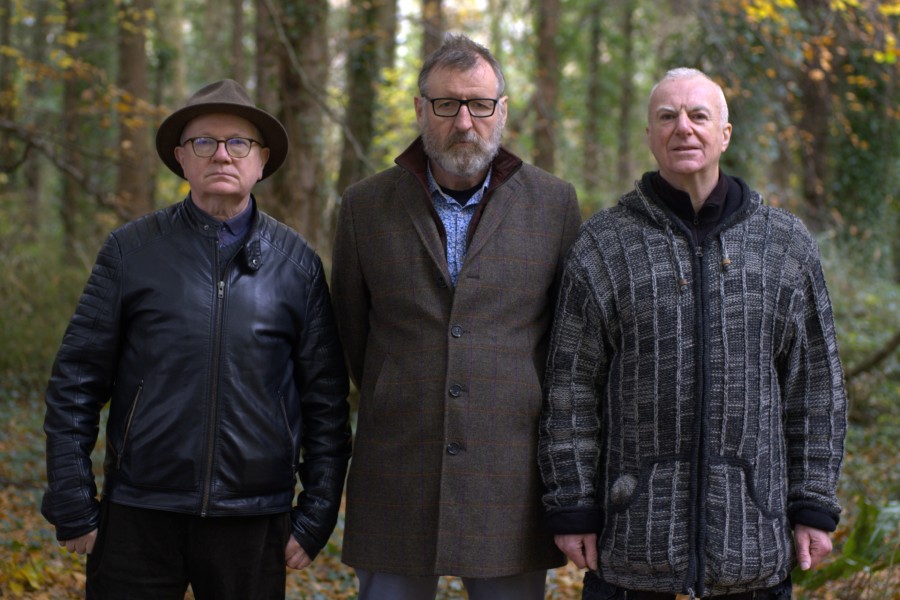 The album features ten songs, half of which are fresh recordings. The others date from various stages in the band’s lengthy career. The album is structured to run as a continuous listening experience; Lauren Murphy (Irish Times): “there is a cohesion and sense of unity that ties it together and signifies a band still in fine fettle”.

Lockdown #1 in March 2020 marked the first new recording work on The Mission Sessions. The band confronted issues of immediate and geographical distance; contributors were based in Sligo, Leitrim and Meath, and one collaborator was resident in New York. Online tools like WeTransfer and Zoom were put to good use. The first recording was a brand-new arrangement of a fan favourite. ‘The Hypnotist’ originated in gigs and jam sessions, as it evolved and changed the tune was never played the same two nights running. It perhaps best represents the Animals live sound, funky, unpredictable and with a singalong chorus. In re-creating the track, they used a bootleg of a live gig in the Strand Bar, Strandhill from 2014 for reference. They then recorded individual parts, including Barry’s vocal, Eddie on bass, Padraig on rhythm guitar and longstanding contributor Seamie McGowan making his customary mischief on guitar synth. Gerry Leonard (ex-David Bowie band) added guitar and mixed the track in New York.

Some of the other songs were mixed by the band. ‘The Mission Sessions’ features fresh versions of older songs such as ‘Clubs’, ‘Rocket Ship’ and Barry and Susan duetting on ‘He Can’t Resist A Mystery’, a melody which first appeared on a now-lost demo mixed by Nicky Ryan (Enya) in the late 1980’s. Nichola MacEvilly (vocals) and Gerry Leonard (guitar, editing, mixing) also feature on this song.  Philip Begley, long-time TNA sound engineer, mixed a new version of ‘Insomnia’. It features Luke Devaney on keyboards and Barry and Eddie; the sparse and lyrical ‘Insomnia’ was the opening song for many TNA gigs in the mid to late 1980’s. The original arrangement is by Bill Whelan (Riverdance composer) who produced some of the best-known hits of Those Nervous Animals in the 1980’s, including ‘The Business Enterprise (My Friend John)’ and ‘Just What the Sucker Wanted’, remastered artfully here by David Glasser.

Among the remastered material is ‘The Polar Bear’ (2003), which features the voice of Paddy Cox, CIE announcer and conductor on the Sligo rail line. Pianist and producer Trevor Knight (Auto Da Fe, The Devil’s Spine Band), took the train to Sligo for the recording session and used his portable recorder to capture Paddy’s voice. The singalong character of Paddy’s delivery meant he fitted neatly to the groove of the track; “arrivin’ at Sligo station, last stop…” Paddy (RIP) was well-known for his wit and sartorial style – he always wore a red carnation in his lapel. ‘Bird’ is a song from the same era about the boxer Muhammad Ali for which Susan Rowland takes the lead vocal, produced by Trevor Knight.

Perhaps the last word should go to Tony Clayton Lea of The Irish Times. Of Bird, he writes; “…a more recent, quite splendid song, conjures up an altogether serene sonic template of what might come next…”

‘The Mission Sessions’ album is available to order via Those Nervous Animals website thosenervousanimals.ie or Dublin Vinyl website. It is also available for download from all streaming or downloadable platforms.