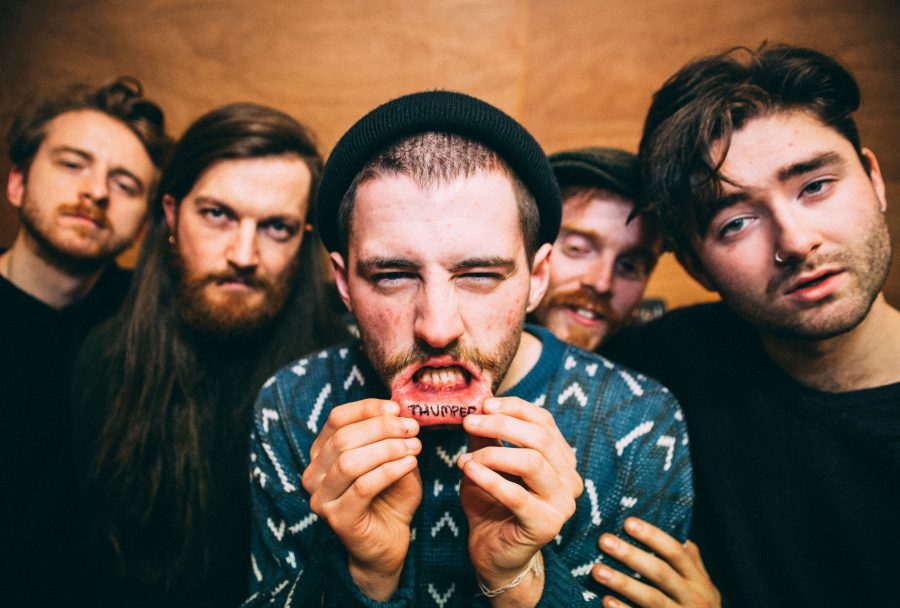 Launching what is set the be their year with a ferocious kick of rock & roll, noise pop quintet THUMPER present new single ‘AFL’. Produced by Dan Fox of Girlband, mixed by Michael Heffernan and mastered by Fergal Davis, the track captures both the raw energy and playfulness the band is known for in their live performances. ‘AFL’ is the first sign of THUMPER coming into their own. With this single the band are building on the success of their previous releases and they are ready to open the floodgates.

Said frontman Oisin Leahy Furlong about the inspiration behind the single: “The song is about ageing rapidly but gaining no wisdom; Feeling like a child in a man’s suit, desperately playing catch-up in the Imposter Syndrome Champions League. Every Friday night gasping for answers in the smoking area of your nearest terror den. The music thunders on and words fall away like the raving of a calm lunatic. There’s no conclusion, even at the end.”

Gearing up for an incredibly busy summer THUMPER have confirmed dates at some of the countries best festivals including Sea Sessions, with more to be announced very soon. The band will also host a single launch show for ‘AFL’ on Saturday, April 7 at the Sugar Club where fans will get the chance to experience their raucous and frenzied live shows for themselves.

“AFL”  is available for preorder from the 9th of March and is out on the March 30th.