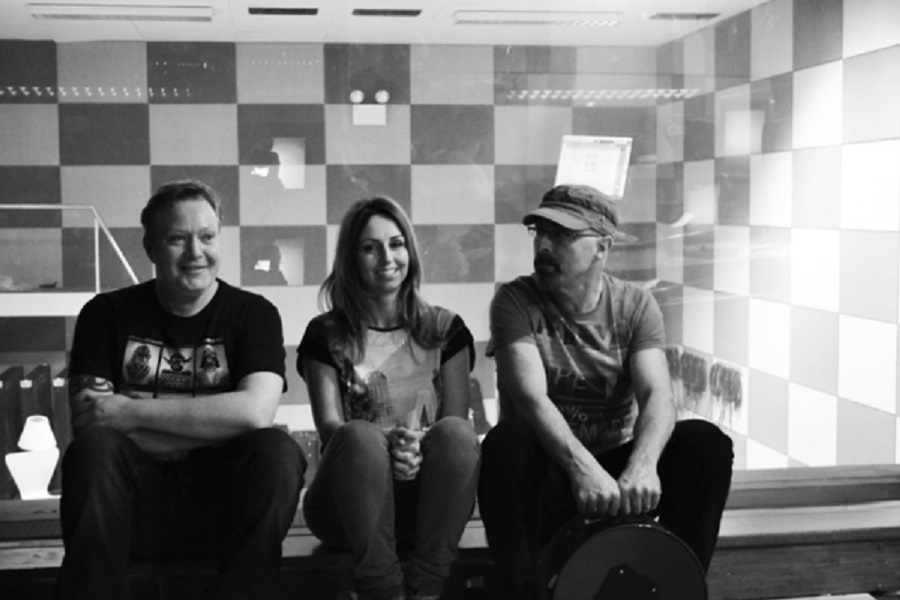 Tiny Magnetic Pets are set to return with “Stalingrad” a new 4 track E.P. in advance of their up-coming second album “Future Perfect?” after a successful first outing with their debut album “Return Of The Tiny Magnetic Pets” being compared to Berlin-era Bowie/Eno, Kraftwerk, Stereolab, Goldfrapp & Air.

The album received unanimous critical acclaim plus a world-wide release from Darla Records in the U.S. to Universal in the Far East. Debut single “Girl In A White Dress” was a surprise radio hit with influential U.S. DJ & tastemaker Nic Harcourt playing tracks regularly on his KCRW radio show.

At home the band recorded live sessions for 2FM, 2XM, Today FM, Phantom, RnaG & Newstalk amongst others. Although holed up in their studio in south Dublin for the last couple of years, the band picked up two Irish Dance Music Award nominations & 2013 saw their first foray into soundtrack work with “Control Me” from the debut album being used in Irish film “Beat Girl” starring Louise Dylan & Michael Higgs.

Vocalist Paula Gilmer honed her energetic live performance as a direct result of sharing the stage with The Prodigy: “Watching Keith Flint ignite the crowds at The Point was an epiphany. This is what fronting a live band is all about and I knew at that moment this is what I wanted to do”.

A former BMG Records artist, Gilmer had previously been in a band with Mark Sheehan of The Script & her tracks are included on various Ministry of Sound compilations.

Sean Quinn began making records when signed to Brian Eno/Roxy Music’s label EG Records. While making an album for EG, Quinn discovered the Mellotron that had been hired by the studio was none other than the one used by The Beatles on ‘Strawberry Fields Forever’. Thus began his love affair with vintage instruments. In fact the songs on “Stalingrad” were recorded using only vintage instruments.
This release sees Tiny Magnetic Pets explore recurring themes of love, loss and absence. “We Shine” – A break up song with a difference. “On An Inter-City Train” – The mundane commute to work changed forever by a chance meeting. “Shortwaves” – Sometimes the best way to help a loved one is to let them crash. “Stalingrad” – The title track is a metaphor for a pivotal moment in your life – personal journeys with very positive outcomes…