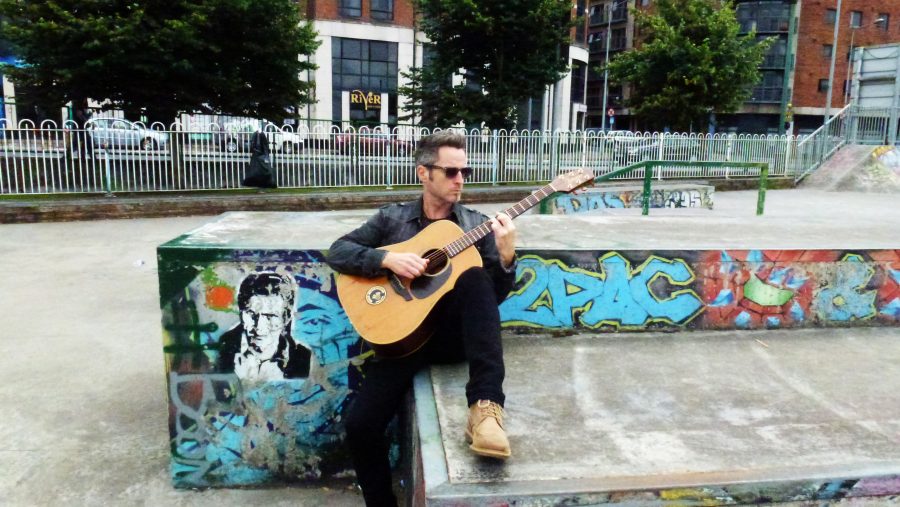 On Saturday, the 26th of August 2017,  Tom Ryan, will be screening his debut short film “A Man With A Plan” and also performing original songs live, together with Michael Laffan and Birgit Burhenne in Shannon Rowing Club. The evening will have a Film Noir feel and people can dress accordingly, but this is not compulsory. The doors open at 9 pm and the entry is free. Spaces are limited, so please come early to avoid disappointment.

The song “A Man With A Plan” was written in 2014 and was inspired by one of Tom’s favourite movies, Casablanca. “I always felt an artistic need to create a visual to further express the message of this song. With no financial backing I was not sure how to make my vision a reality, but as the saying goes: “where there is a will, there is a way”. I was very fortunate to find three other people, in my acting/drama class, whom share the same passion for film and we completed this project without money but with sheer dedication and motivation. I wrote the screen play, co-directed and co-edited this short film and am hugely proud of the end result.”

To give a brief synopsis of the short film..

Simone and Jay currently live in an annex in an industrial unit on the outskirts of Limerick City. Jay has a dark secret and he wishes to tell Simone, but he’s afraid she will think he’s a freak and leave him. Their life consists of running from one town to another leaving behind bad memories and unfinished dreams. Jay is becoming a recluse and Simone fears she is losing him to a very dark place. When will they stop running and will Jay ever find a way to reveal his secret and save his relationship with his beloved Simone?