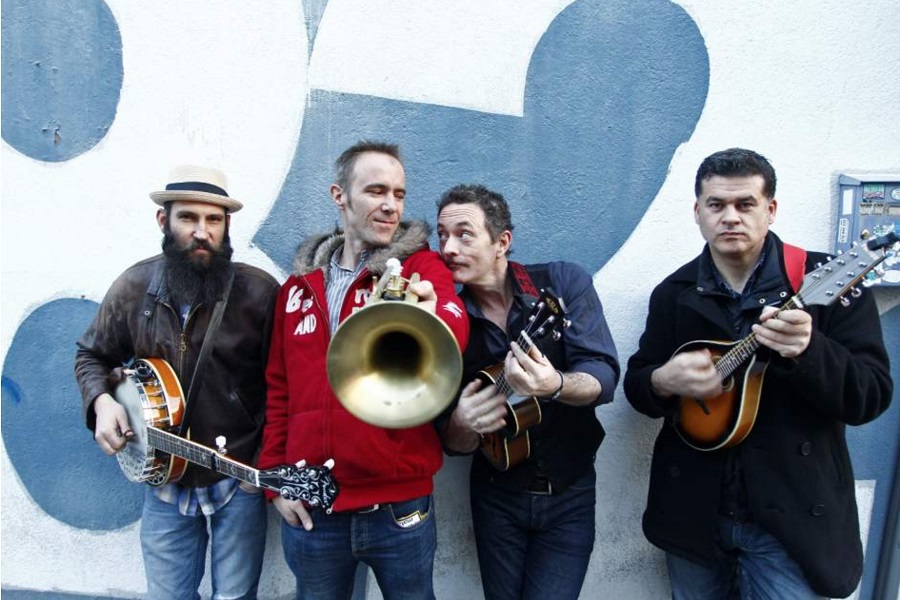 Track Dogs are neither sleeping, nor letting themselves lie.

Barely off touring their previous album, ‘Serenity Sessions’, the Madrid-based acoustic four-piece are straight back on the road with “The Deep End”. The undeniably danceable and latin-soaked tune would fit right in on a Calexico album or the soundtrack of Narcos and straddles itself over the musical Rio Grande with nods to Mexican mariachi, Colombian and Tex-Mex roots. So much so that the band’s first port of call was to have it presented to the people behind the music to Breaking Bad and Better Call Saul.

A funny thing happened on the way to Madrid: “We were stuck on an Easyjet flight with the prospect of a 3 hour wait to take off so we took out our instruments to have a jam, as you do! A video of us playing went viral and as a result a Spanish bus company asked us to do the same on one of their routes, resulting in a bit of a weird sweaty bus ride to a small provincial town outside Madrid. Our bass player Dave Mooney (Wicklow) couldn’t make it so we had a dep play and it was almost like a scene out of the movie Ishtar when I mentioned we’d thrown him in at the deep end and immediately proceeded to pick up the guitar and pretty much play the first few bars of the song.”

“As with a lot of Track Dogs songs the uptempo, feel-good music disguises a rather darker lyrical theme which depicts a hopeless situation with very little escape, although there is a glimmer of hope and a chance of escape from the deep end.”

But don’t take our word for it!

“Their lively, melodic music has a strong American/Latin sentiment, a strong sense of fun and an abundance of sunshine”. Folkradio.co.uk

““Groovy” is not a word I often use in this column, but that’s just the adjective I need to describe Madrid-based Irish band the Track Dogs…Released at the end of last year, the album is rhythmic, soulful and simply cool…The band’s music is, like the band of ex-pats, an eclectic cultural crossover.
The Irish Echo, New York

“This band turned out to be a total discovery, with vocal harmonies on a par with groups like Crosby, Stills, Nash & Young, America or the most melodic style of, for example, the Eagles mixed in with the graceful irreverence of The Pogues.”Renacer Eléctrico Music Magazine, Spain

“Never in danger of overstaying their welcome” R2  UK **** 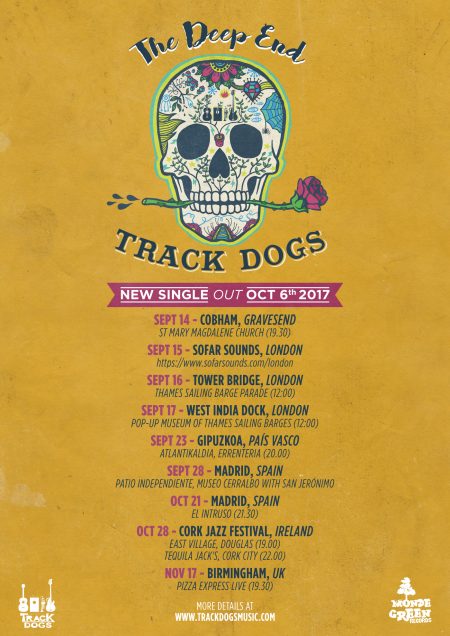