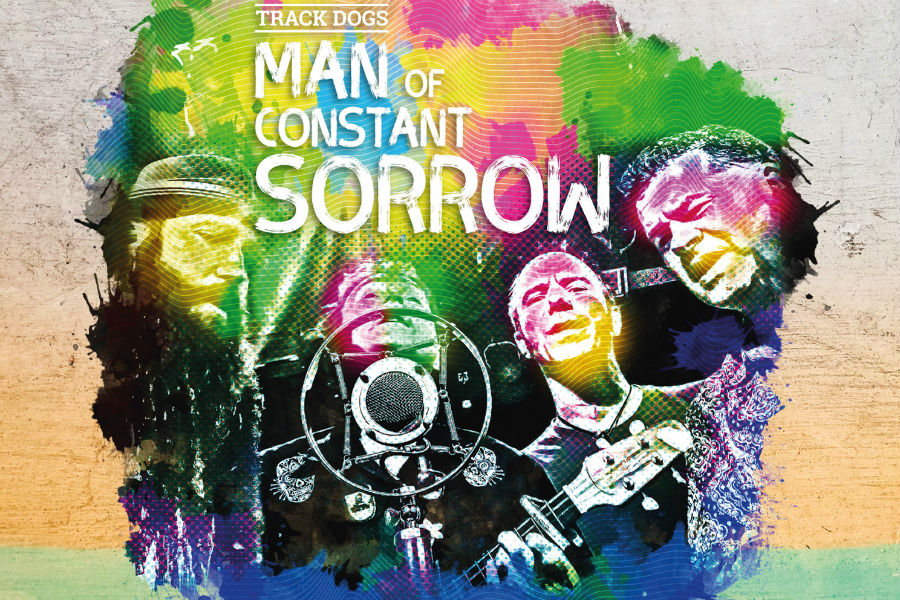 At the challenge of Spanish National Radio’s (RTVE) Americana Music program, ‘Toma Uno’, Track Dogs took the Bluegrass classic, ‘Man Of Constant Sorrow’, into their own realm of Americana mixed with the Latin tinge that comes from being immersed in the Hispanic diaspora found in the Spanish capital where they live. In an appropriate twist, the song references band member Robbie K. Jones’s native Vermilion, Ohio “the place where [he] was born and raised.” The combination of uke, trumpet, cajon and Track-Doggian groove makes this cut a worthy and legitimate revisit of this standard that has already seen more than its fair share of covers.

Track Dogs were delighted to return to Trafalgar Square on March 17th as part of the City of London’s St. Patrick’s Day celebrations. 2019 has also seen return performances at Costa del Folk in Ibiza and Rochester Sweeps Festival in Kent, for the fourth year running. The band look forward to breaking new ground with concerts at the prestigious Shrewsbury Folk Festival, Crawley Irish Fest & Towersey Festival and will be returning to Ireland to play Electric Picnic in 2019 as well as shows in Waterford, Westport, Sligo and closer to home in Dun Laoghaire.

With concerts booked as far ahead as 2021 the band will be releasing their 5th studio album towards the end of 2019.