Ultan Conlon to Release New Version of ‘The River Flows’ 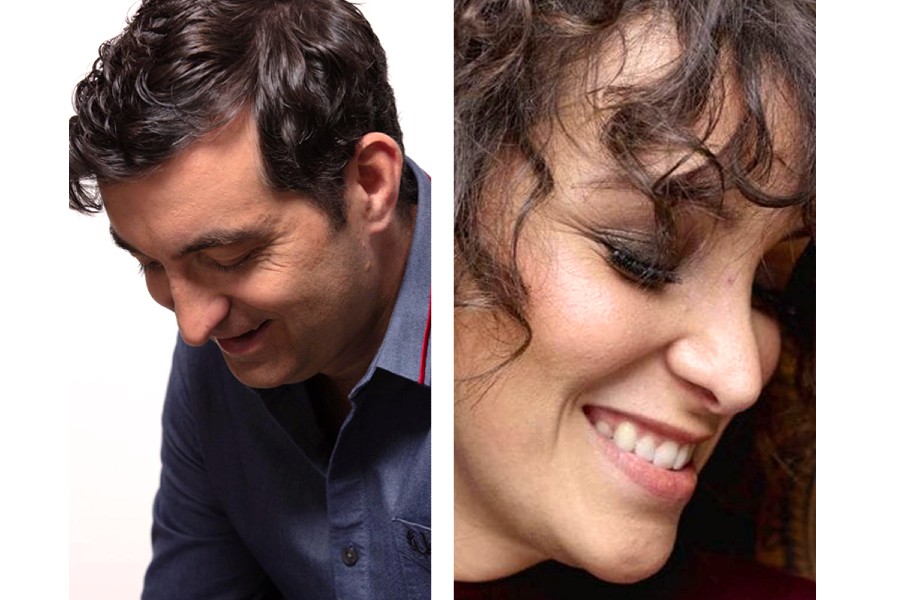 Somewhere between Guatemala and Galway is Largo in Los Angeles. This is where Ultan Conlon and Gaby Moreno first met at a Milk Carton Kids show. A few weeks later they met again when both were guest artists at the prestigious The Watkins Family Hour show. A friendship was born and Ultan subsequently shared a stage with Gaby as special guest on her German tour in the autumn of 2019. From here on, all roads (and oceans) eventually led to a collaboration on Conlon’s ‘The River Flows’, a powerful duet where Conlon’s Celtic-infused sensibility merges beautifully with Moreno’s border-crossing self-described “Spanglish folk soul”.

This re-imagined version of ‘The River Flows’ was recorded in Ireland, London, LA and Nashville. Tim Ross produced and scored the strings which were recorded in London. Marty Stewart’s bandmate, Chris Scruggs recorded the guitars and pedal steel in Nashville with Gaby recording her vocals in LA and Ultan recording his in Galway. The original (solo) version of this song features on Ultan Conlon’s ‘Songs of Love So Cruel’ (2016) record.

Ultan, who is currently writing songs for his fifth studio album, released his LA recorded fourth, There’s a Waltz’, produced by Grammy Winner Sean Watkins to much praise both at home and internationally, just six months ago, in July 2020.

When he launched his album Ultan also became the first artist to play a live show in Dublin since the original lockdown in March, some five months earlier; with a socially distanced, seated, table service show at The Workman’s Club, Dublin. Later in the year, with the support of The Department of Tourism, Culture, Arts, Gaeltacht, Sport and Media live music initiative Ultan played some additional shows in Galway, Kilkenny and Dublin.

NPR Music says, “Moreno’s breath-taking voice is passionate and stylistically malleable, as she glides back and forth easily between bossa nova and bluesy rock.” Gaby Moreno won a Latin Grammy Award for (Best New Artist) in 2013 while also having two further Grammy nominations and an Emmy nomination (theme song) for ‘Parks and Recs’, the successful American political satire mockumentary sitcom television series created by Greg Daniels and Michael Schur. The series stars Amy Poehler as Leslie Knope. Gaby’s ‘Cucurrucucú Paloma’ also features as the closing song in series 7 season finale of Orange Is The New Black. Gaby has toured the world extensively as a headline artist and also with Hugh Laurie, Tracy Chapman, Van Dyke Parks and many more. She recorded her latest album, ‘Spangled’ with Van Dyke Parks producing and arranging, which features a track with mutual friend Jackson Browne and Ry Cooder.

With its onomatopoeia-esk title, its lush and sweeping melody and vocal arrangement, ‘The River Flows’ signals the start of our spring. It is released 12th February.