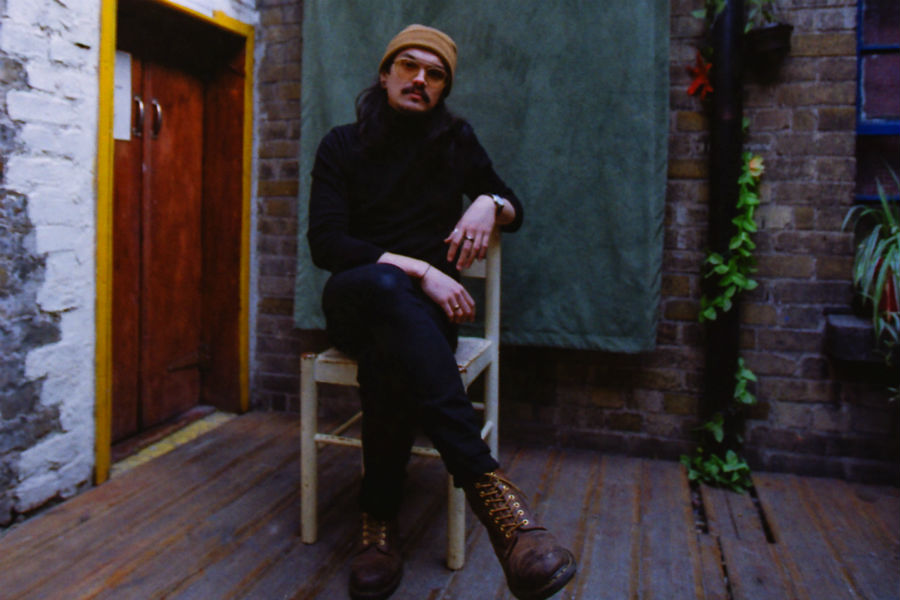 Faction Records is delighted to present Uly’s debut release on the label, ‘redlight’.

2018 finally saw the start of Uly; the project had been waiting to get off the ground for a long time after multiple other attempts and musical permutations fell by the wayside. Recently, Uly has been a part of many burgeoning acts based around Dublin to suit all musical tastes (INNRSPACE, Nealo, DAVIIS, Over Being Under) while also lending his ear as a producer for others (Native Ensemble/Adam Garrett, Ev Carm, Nealo).

For the most part, Uly combines low budget, bedroom-recorded low-fi jams with a little bit of flare – drawing inspiration from a wide array of genres, his diverse musical history and a classical background.

Uly’s next step comes with today’s release of his debut single on FACTION RECORDS, ‘redlight’. It’s a track that sticks with Uly’s hypnotic lo-fi percussive sound. An entrancing bass-line groove sets the tone of the song and pushes it onwards. It brings the listener through a dense sonic landscape, occasionally broken up by Uly’s characteristic brass and guitar hooks.

‘redlight’ is a song made up of a three-way conversation between ULY, himself and a third unnamed speaker.

“[…] Self-examination and self-awareness are not things to shy away from at all – in my opinion everyone should push to have a better understanding of themselves and how they’re wired.

Being able to articulate why you behave/think the way you do can contribute to attaining a better state of mental health and a better understanding of the world around you and your place in it. Sometimes though, you can fall down a rabbit hole – you ask too many of the wrong questions, following unhealthy, negative or pointless trains of thought. It’s at this point you need a sign to slow down or stop – you need a redlight.”