In the way the likes of Nils Frahm & Arvo Pärt can get up close and personal, Úna Keane’s piano solo album ‘As I Wake, Still I Dream’ is like a soothing cushion for the soul. Released in May 2017, the record was critically acclaimed, garnering 4 star reviews from both The Irish Times and The Sunday Times. Following a short hiatus to focus on motherhood (she gave birth to her baby girl just after Christmas), she’s brings her particular brand of minimalist piano on tour this summer with 8 Irish dates – a combination of venues and house concerts. Some UK and European dates will follow in the autumn. Full details at www.unakeane.com 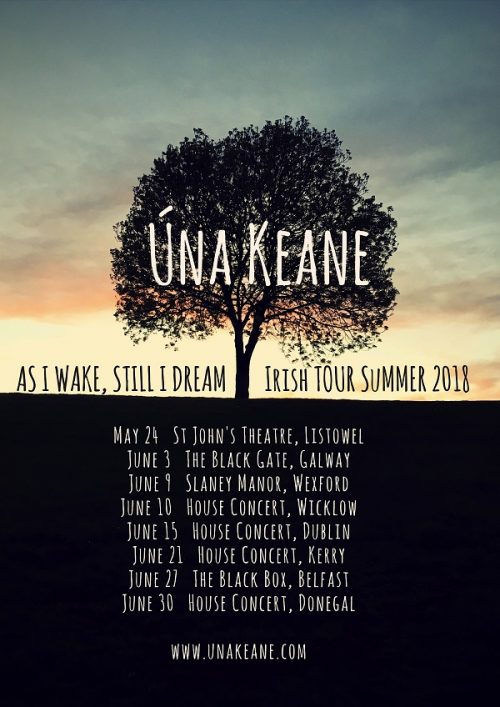