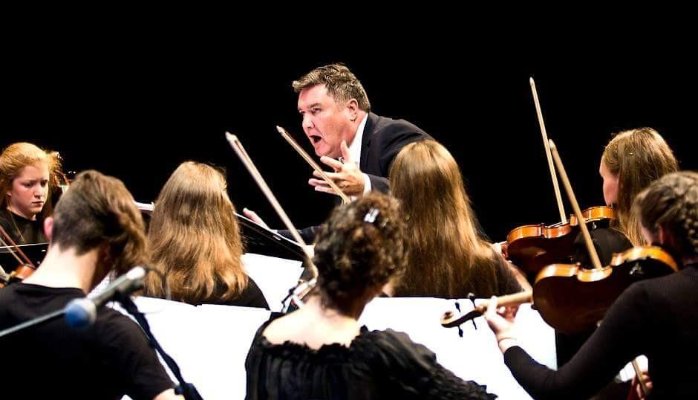 IMRO member Vincent Kennedy has a number of significant performances and world premieres of new compositions coming up in August and September 2017.

First up is a performance of Arbour Hill with the RTÉ Concert Orchestra as part of their Summer Lunchtime Concert Series 2017. This happens in the National Concert Hall on Tuesday 15th August at 1.05pm. The concert, conducted by Adam Cooke is introduced by Niall Carroll and will be broadcast live on his program on Lyric FM “Niall Carroll’s Lunchtime Favourites”.  Arbour Hill is a movement from Vincent’s IRISHMEN and IRISHWOMEN a large scale orchestral and choral work of 13 movements celebrating and remembering 1916 originally commissioned by Roscommon County Council.

On Friday September 22nd 2017 at the Theatre-des-Franciscains, Beziers, France the great French Violinist Marie Cantagrill will premiere Dóchas, Grá agus Suaimhneas, Saoirse a three movement Concertante which she commissioned Vincent to write for her. The Orchestre de Chambre d’Ariege will accompany Marie Cantagrill in this world premiere and Vincent will be the composer in residence in Beziers from 18th September in preparation for this exciting premier.

On Friday 15th September 2017 Vincent begins a series of public free concerts of his work The Canticle of the Sun which is nine songs using the words of the poem of the same name by St Francis. The music and lyrics are for Soprano, Harp and Trumpet and will be performed by Marina Cassidy the foremost Irish harpist/vocalist with Vincent himself on Trumpet. The work was commissioned by the Irish Franciscans.

The The Canticle of the Sun has been recorded and while there is no admission to the concerts anyone wishing to can purchase a CD for €10 after the concert.

The full list of performances for The Canticle of the Sun: