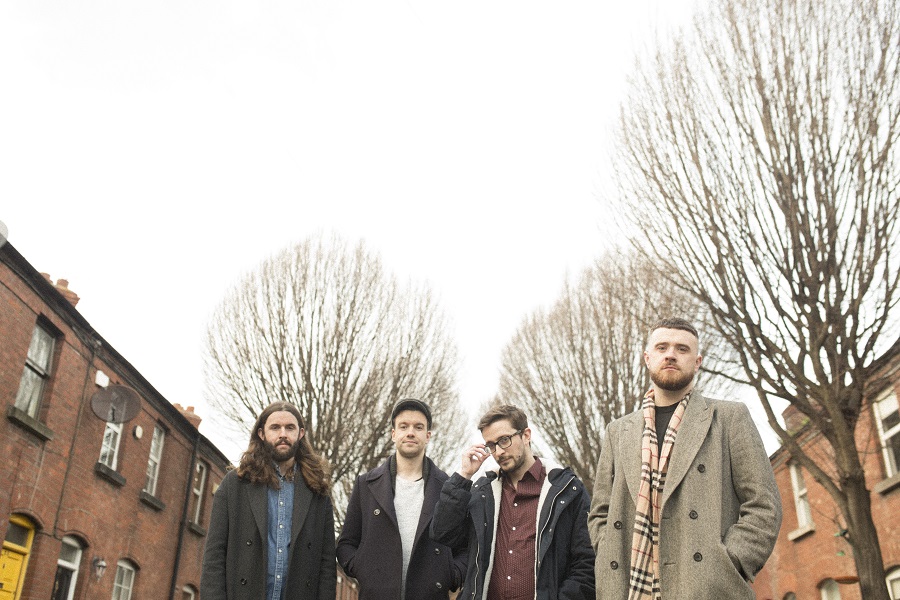 The first cut from their forthcoming debut EP perfectly embodies the high energy of their much lauded live shows.

Charismatic front-man Darragh Geoghan’s impassioned vocal sets a yearning tone on a bed of hook laden guitars that climax to a foot-stomping burst of vocal harmonies.

V98’s ‘Dublin’ encompasses all the ingredients for an indie pop-rock classic, paired with a video featuring some iconic Dublin locations.

“The aim for ‘Dublin’ was to take traditional lyrical themes of love and loss – which can be voiced in quite a disembodied way in a lot of songs – and tether them to a very real location: the city which we have all lived in, left, and returned to at some time or another in our lives. At the same time there’s a kind of knowing wink to the often kitschy idea of “Irishness” in this song.

Folk music references, Dublin bus routes, a Celtic sounding breakdown and, crucially, like most Irish love stories, it begins in the back of a pub.”

The Video for V98’s ‘Dublin’ was directed by Dave Fox, filmed by Tom Simington and stars Mark Griffin and Karen Killeen.