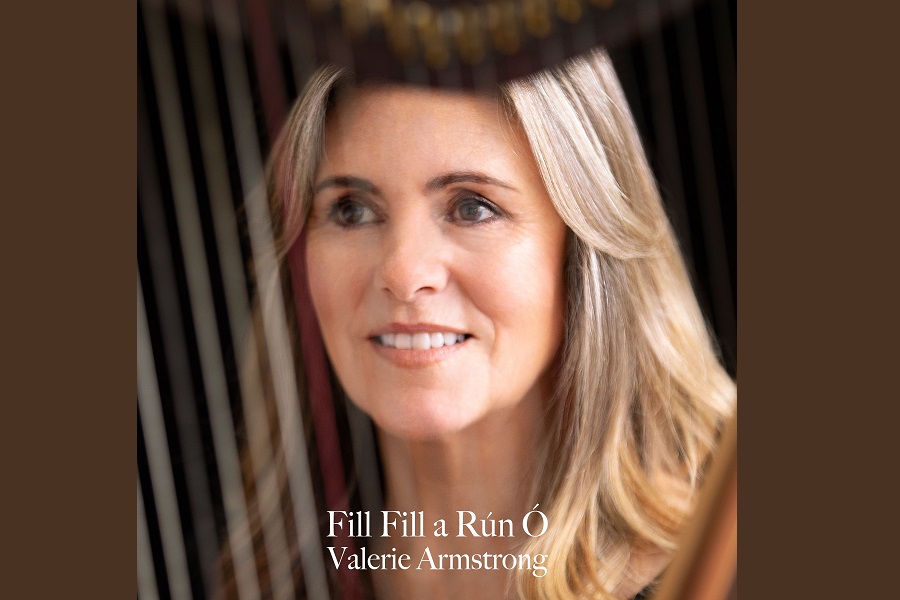 For Valerie Armstrong 2019 commenced with a lovely surprise.  James Blake’s label sent a courtesy email letting Valerie know her 1971 version of ‘Fil, Fil A Rún Ó’ had been sampled for James Blake’s ‘Barefoot In The Park’ on his new album, ‘Assume Form’.

Dubliner Valerie recorded ‘Fil, Fil A Rún O’ in 1971 when she was just 13 on RTE show Come West Along The Road.

‘Fil, Fil A Rún Ó’ is now on sale via iTunes and will also be live to stream on Spotify.

Having planned a return to the recording studio anyway this year, this little addition to Valerie’s credits is well timed, especially when one considers the hugely talented English singer, songwriter, multi-instrumentalist and record producer has also worked with the likes of Bon Iver, Kendrick Lamar, and Beyoncé.

Valerie began singing and playing the harp at twelve, and quickly advanced to an accomplished level, winning many competitions including the All Ireland Feis Ceol in 1972, performing ‘Fil, Fil A Rún Ó’ also!

At 15, Valerie joined Jury’s Irish Cabaret as part of the Sion Hill Harpists, performing alongside the likes of Hal Roche and Ray Mc Anally.  For three years she remained in the Cabaret, studying for exams backstage and after finishing school was chosen to join the renowned musicians at Bunratty Castle.

After two years in Bunratty, Valerie decided to pursue a career of her own.  In the subsequent years, she worked as a session singer with numerous artists and producers including Bill Whelan (Riverdance) and Shawn Davey (Brendan Voyage etc.) before taking time out to raise her children.

Valerie’s last recorded work was 2011’s ‘Time Has Told Me’.  The album gave us the stunning, ‘Teardrop’, Valerie’s inspired cover of the Massive Attack original. The album was the manifestation of a long-held ambition and with her children now grown up this was the perfect moment!

‘Time Has Told Me’ is a collection of songs that represent Valerie at that point in her life, revisiting traditional tunes from her early singing years and a couple of cover versions of songs from some of Valerie’s favourite artists including Nick Drake and the aforementioned Massive Attack

This 2019 connection between Valerie and James Blake has been well documented in recent weeks across Irish media circles so re-recording the song was the natural next step.   Valerie’s new album is currently in pre-production and planned for release later this year.