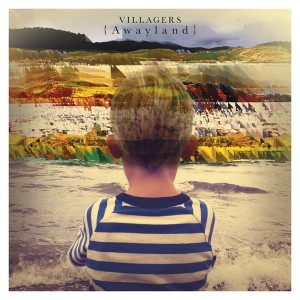 Engineered, produced and mixed at Attica Audio in Donegal by Conor J. O’Brien and Villagers’ guitarist Tommy McLaughlin, the album will be released on CD, LP and digital. There will also be a special limited 10” x 10” fabric cover hardback book with silver foil print, containing the album on CD with an exclusive DVD featuring five intimate live performances by Villagers recorded in Ireland ; these will be signed and only available through Dom Mart. To pre-order the album, click here http://www.dominorecordco.com/uk/albums/21-09-12/awayland/.

The trailer for {Awayland} can be viewed here:

The first single to be taken from {Awayland} is The Waves which will be released on 22nd October 2012. The accompanying video, directed by Alden Volney, can be viewed at https://www.youtube.com/villagerstv.