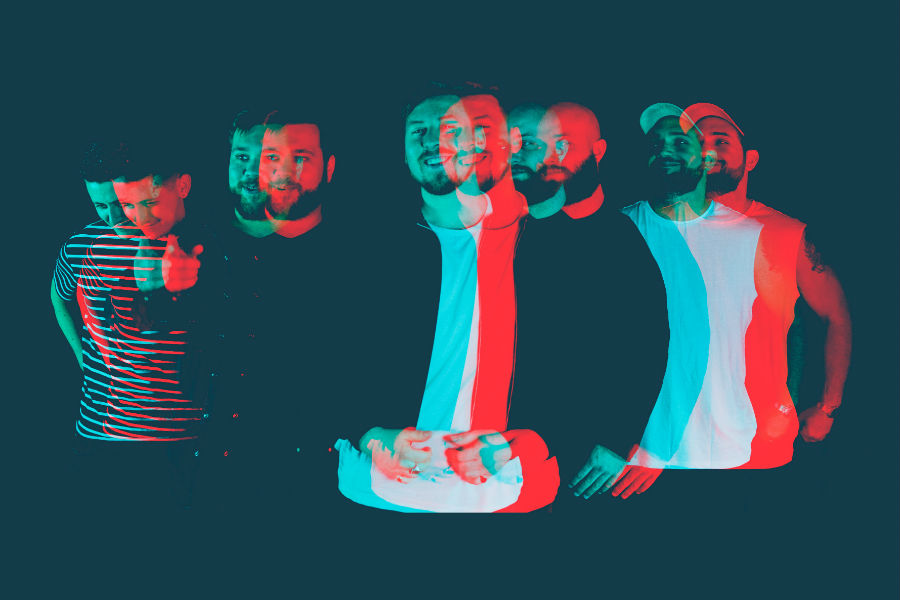 VINCI are a new Irish band that are quickly building momentum off the back of an eventful 2018; A year which saw them release a critically acclaimed single, ‘We Are Ghosts’, sell out another headline show (The Workman’s Club) and perform energetic shows to their biggest crowds to date, supporting childhood heroes, Aslan, to 1500 at Vicar Street and 5000 people at Iveagh Gardens.

2018 was not without struggle, though, as sadly lead singer Kurtis’ father passed away on the day of their biggest ever show at Iveagh Gardens; news which only reached Kurtis as he walked off stage. The tragedy that could have broken their spirit, only brought them closer together, and has made them more determined than ever. The following week they flew to LA for their first US showcase at The Mint. That one performance saw them secure the singular spot at the 14th annual Oscar Wilde Awards at JJ Abrams’ Bad Robot Studios in Los Angeles, with their performance and story being noticed and featured by The Hollywood Reporter and Billboard, along with mainstream Irish press such as RTE, TV3 and Hot Press. Another testament to their namesake, VINCI; To defeat, to beat, to conquer, to overcome. They became the first unsigned band to perform at the Oscar Wilde Awards in February, following in the footsteps of Snow Patrol, Glen Hansard and Van Morrison.

To date, self-promoted, self-managed and self-funded, they have sold out three headline shows in Dublin, been invited to perform for President of Ireland, Michael D. Higgins at Aras an Uachtarain (The White House), showcased in London and Los Angeles, released three singles to superb reviews and critical acclaim, been playlisted nationally on RTE 2FM, had features in Hot Press, RTE, Billboard and The Hollywood Reporter and filmed the first ever music video at Dublin’s City Hall for ‘Lions’. A venue U2 once tried to film, but couldn’t.

VINCI have filmed a powerful music video for their new single ‘When We Go Out’, featuring Irish actor, Aidan Gillen (Littlefinger – Game Of Thrones). The video draws light on the homeless crisis, an issue close to the band’s heart. Lead singer, Kurtis’, father worked in the homeless community for 10+ years in Dublin, before he passed away. The band flew to Los Angeles a week later, and have turned this tragedy into fuel for positivity.

During their recent trip to LA, in the midst of the glamour of Hollywood, the band noticed LA has a serious homeless crisis, too, epitomised by an accidental trip to Skid Row. The band see many similarities between the crisis in LA and what is developing at home in Dublin, and want to shed more light on not only the homeless crisis, but the perception of homelessness. They want to change the narrative from the struggle of the few, to the humanity of that struggle and bring it closer to home for the average person.

To do this, they follow the story of a father and his young daughter, on a day out together.

Vinci will play the Grand Social on Friday October 18th  with tickets from €12.80 on sale Friday 28th June from 9am.1