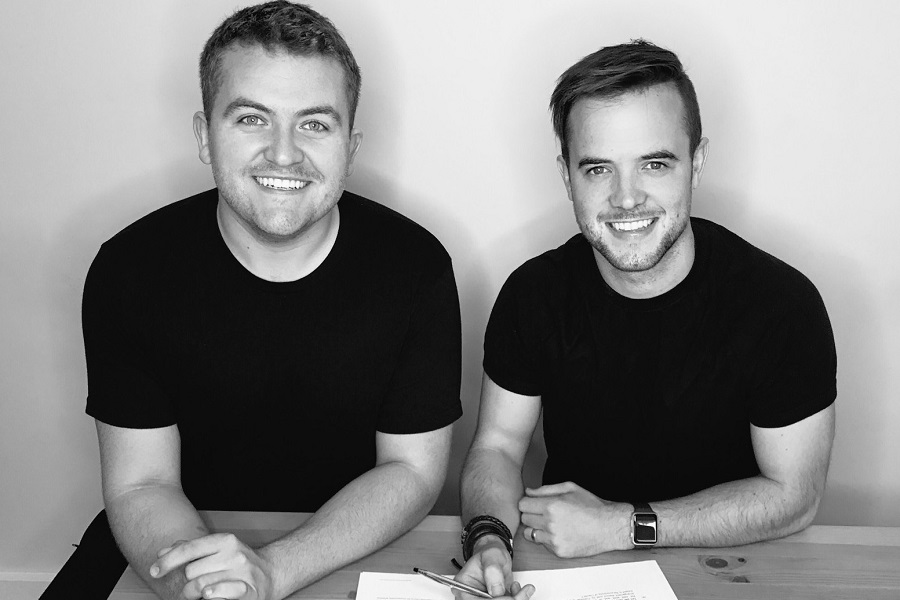 Liffey Records are delighted to announce the signing of viral video stars, Glenn&Ronan to the label. Liffey Records, and sister label Celtic Collections, have been working with great Irish artists for 21 years and are currently expanding the label to bring Irish artists to a wider audience through their international network.

CEO of Liffey Records, Janine Nallen said “we are excited to announce that Glenn&Ronan have signed to our Liffey Records label. Their stunning vocals and warm personalities have captured people’s attention all over the world and we are delighted to be working with them on their debut album, for release later this year.”

Early in 2016, a video of Glenn&Ronan performing an Adele medley went viral, racking up over 25 million views. An invitation followed from the legendary Ellen DeGeneres Show in the States for them to appear. Then to crown off the hat trick, Adele invited them on stage to perform the medley at her sold-out Dublin show. Glenn&Ronan spent the following months performing to over 150,000 people at 80 sold out shows across North America as special guests for Celtic Woman. Their first two singles ‘Come Home’ and ‘All of the Stars’ were released towards the end of 2016.

Speaking about the deal, Glenn Murphy and Ronan Scolard said, “We’re absolutely delighted to have signed our first ever recording contract with Liffey Records. We can’t wait to work together with the label to release our debut album later this year, and to bring new music to all the Glenn&Ronan fans who’ve been so supportive of us over this past year.”

Glenn&Ronan’s debut album will be released in October 2017.