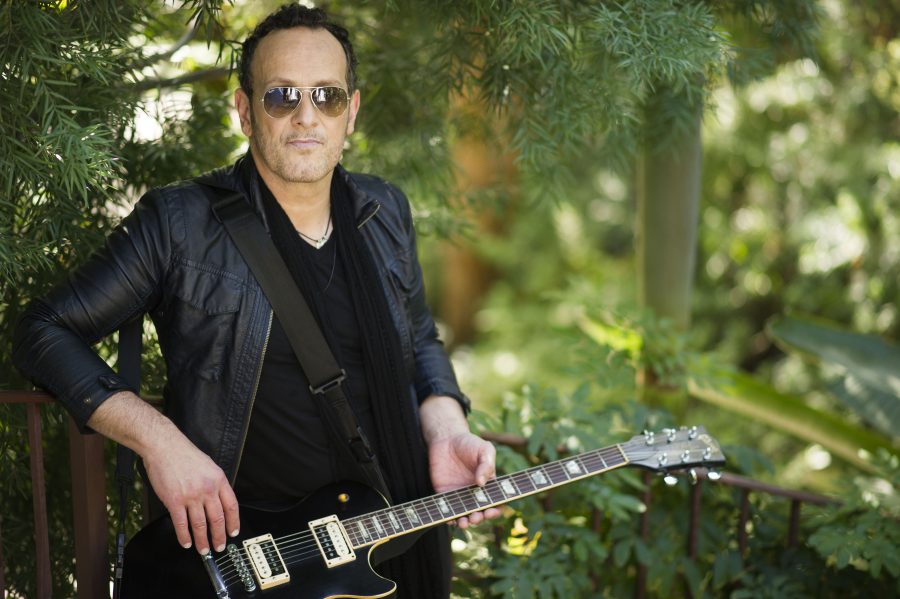 Vivian Campbell will receive this year’s Oh Yeah Legend Award. The event which runs alongside the NI Music Prize, recognises the exceptional contribution of a musician or music industry figure from Northern Ireland. It will be the culmination of this year’s Sound of Belfast festival, which will run from 2 – 11 November, and will be supported by Live Music Partner Blue Moon for a second year.

The presentation will be followed by a live performance from Vivian with his current band Last In Line, at the Mandela Hall, Belfast, November 11.

Vivian Campbell is one of the leading names in rock from Northern Ireland. His story is one of global success that began with Sweet Savage, a band considered to one of the most influential of the ‘New Wave of British Metal’, writing music that influenced the likes of Metallica, who went on to cover a Sweet Savage song.

Vivian has since written, performed, toured and worked with some of the biggest names in rock including Thin Lizzy, DIO, Whitesnake, Riverdogs, and Lou Gramm (ex-foreigner). In 1992 he found a permanent home with British rock legends Def Leppard and this year he celebrates 25 years with the band.

Vivian continues to write and perform on various other projects and will be bringing his current band Last In Line to the Mandela Hall for a special Legend Award performance.

Previous recipients of the Oh Yeah Legends Award are:

Vivian had this to say about the award “I‘ve been very fortunate that my life’s work has also been my passion. It’s an honour to be recognised for that, and especially so when that recognition comes from my fellow countrymen.”

Oh Yeah CEO Charlotte Dryden said: “Vivian Campbell is a global rock name, he’s fully deserving of this award, rock has played a massive role in the story of music in NI and Vivian is one of the trail blazers. We’re delighted to welcome back Blue Moon as our Live Music Partner for what will no doubt be a rousing night for fans of Vivian and a brilliant end to the NI Music Prize as well as the closing night of the Sound of Belfast programme”.