Other Voices Returns to Screens this Thursday 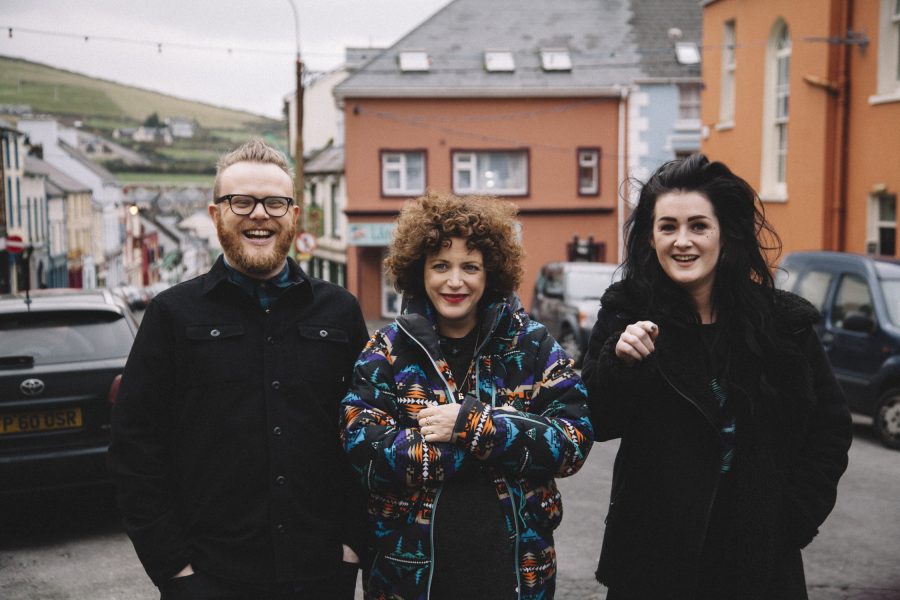 Other Voices returns this Thursday at 23.30 on RTÉ 2 with its most vibrant series to date. The new episodes were captured at Arlyn Studios Austin, Texas and back at its hometown of Dingle on Ireland’s Wild Atlantic Way.

In October 2016, Other Voices hit out from Dingle crossing the Atlantic on the musical expedition of a lifetime. The show found a sister home in Arlyn Studios, Austin, Texas where they filmed an exclusive acoustic performance with the legendary Willie Nelson and captured a mesmerizing performance from Grammy winning jazz and bluesman vocalist Gregory Porter. Special guests Mumford and Sons performed songs from their number one, platinum selling album ‘Wilder Mind’ and and shared a cover of Bruce Springsteen’s ‘I’m On Fire’. Fresh from performances on SNL and Jimmy Kimmel, the new Queen of Honky Tonk Margo Price and her band showed exactly why she is Country’s rising star. Aoife O’Donovan recalled summers spent in West Cork and sang the beautiful ‘Lakes of Pontichartrain’. Iarla O’Lionard (The Gloaming) and Colm Mac Con Iomaire brought the room to a standstill with a spellbinding performance of The Foggy Dew. The new series of Other Voices will also include performances from Cage The Elephant, Conor Oberst (Bright Eyes), Sweet Asleep At The Wheel, Dale Watson, Carson McHone and Wild Child who all joined Other Voices in Austin, Texas.

Following the trip of a lifetime to the Lonestar state, Other Voices returned home to St. James’ Church, Dingle during the eir Other Voices Festival to celebrate 15 years of the series with an exceptional Irish line up. The new series will include Imelda May, who raised the roof of the Church, performing new material from her forthcoming album produced by T-Bone Burnett. The show will also feature Lisa Hannigan’s delicate set of finely crafted songs from her critically acclaimed record ‘At Swim’ and the unstoppable force that is Rusangano Family, who burst onto the stage, addressing issues such as migration, identity and diversity in Ireland with infectious, powerful energy. The new series of Other Voices will feature beautifully haunting tunes from Pixie Geldof, indie punk-rockers Girl Band who turned the volume up to 11, ‘atmosfolk’ duo Saint Sister who played mesmerizing songs from their EP’s Madrid and Tin Man, Margaret Glaspy’s emotive, heart wrenching cover of Lauryn Hill’s ‘Ex-Factor’ and an exceptional trad performance from Caoimhín Ó Raghallaigh(The Gloaming) and Cormac Begley.

As always, the IMRO Other Room will showcase some promising artists on the rise – Roisin O, Overhead The Albatross, Fangclub, Moon Looks On, Cry Monster Cry and Viewer’s Choice Ailbhe Reddy who will feature in an Other Voices Other Room special. Performances were filmed in front of a live audience in An Chonair, Dingle.