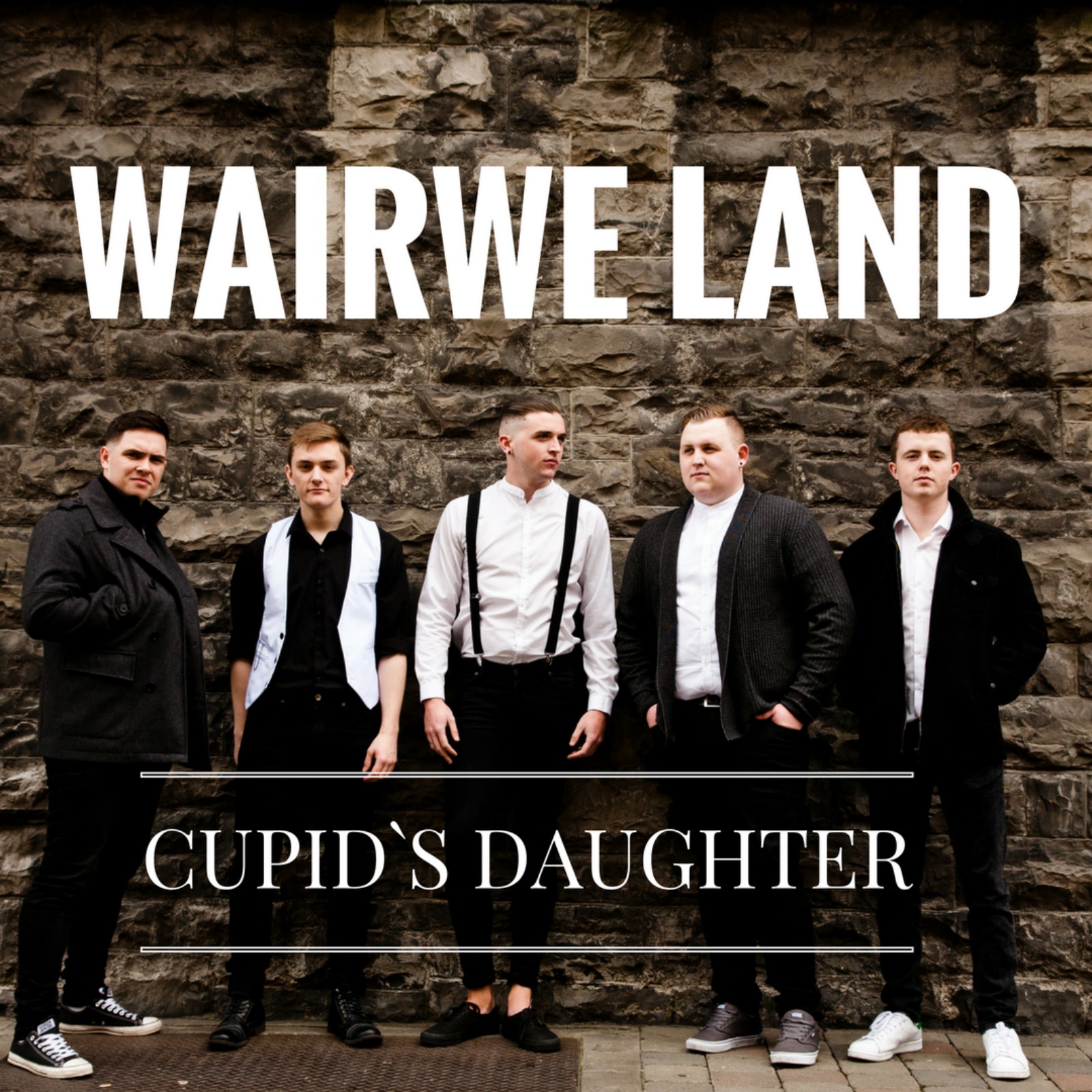 Wairwe Land a young energetic Folk and Alternative Rock band from Dublin, Ireland are about to take over the music scene with their new single “Cupid`s Daughter”.

Wairwe Land formed in the latter stages of 2014 and have grown hugely in the music industry in this short time.

Following a packed headline show in Dublin it was decided that it was time to show everything they had by releasing a single shortly after.

They decided it was time to release the very dynamic single “Cupid`s Daughter”.

“Cupid`s Daughter” is destined for great things following the release of their debut single “Lost” which made it to no.2 on iTunes.

Recorded in Temple Land one of Ireland`s top studios and Mastered in Abbey Road all 5 members of Wairwe Land are proud to present this single.

“Cupid`s Daughter” can be found on all online music venders and will be available to buy n Friday October 14th at 9 A.M.

Check out www.wairweland.ie for further info