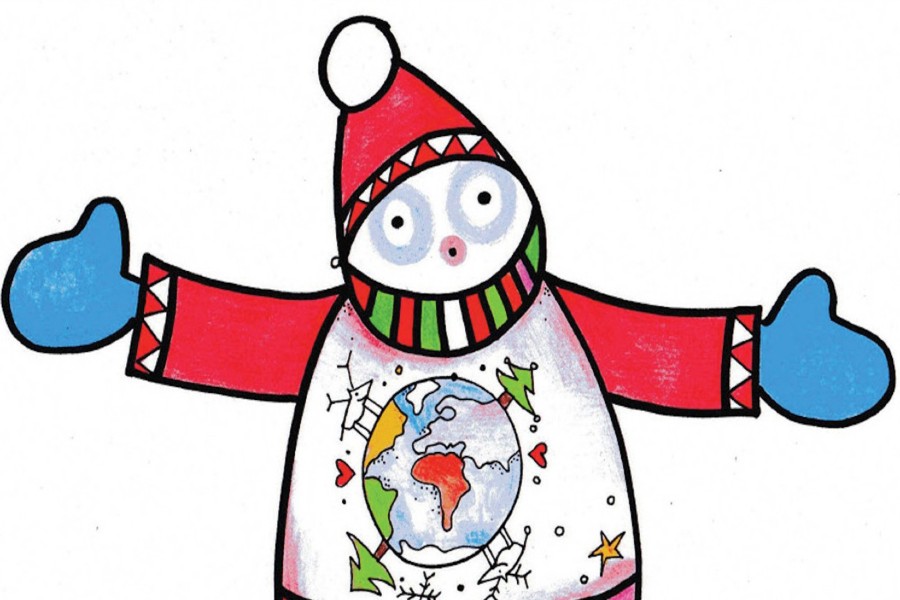 Fresh from releasing her critically acclaimed Folk-Power-Pop track ‘White Bicycle’ (November 2020), Tyrone bred and Rathlin Island based artist Wendy Jack  has released an instant festive favourite  for the Christmas season in the form of ‘Woolly Jumpers’  and it’s a tune that’s as sweet as a selection box.

A crowd pleasing sonic tonic that will warm your proverbial cockles during these chilly months, this live favourite was actually written, like some of the most famous seasonal songs, in January when the adventurous tunesmith returned to a wintery Ireland, as she explains:

“I wrote ‘Woolly Jumpers’ after a trip to a very hot and sunny Southern Africa. I never thought I’d write a Christmas song as such… but when I started contemplating what I had missed, it sort of wrote itself. It’s about celebrating all the cool and quirky things that happen in winter in Ireland and Christmas traditions are a big part of that, whether you actively celebrate Christmas as a religious festival or not.’

“I was thinking of all the things that make this time of year special. Cold days, warm nights, misty breath, crunchy grass, iconic Christmas songs, winter solstice, the race for a Christmas number one in the charts, just wanting to hibernate and let it pass, missing loved ones… and, of course, everybody wearing cosy, and VERY hug-able woolly jumpers!”

‘Woolly Jumpers’ is available on Bandcamp and all streaming services. For more information visit wendyjackmusic.com.