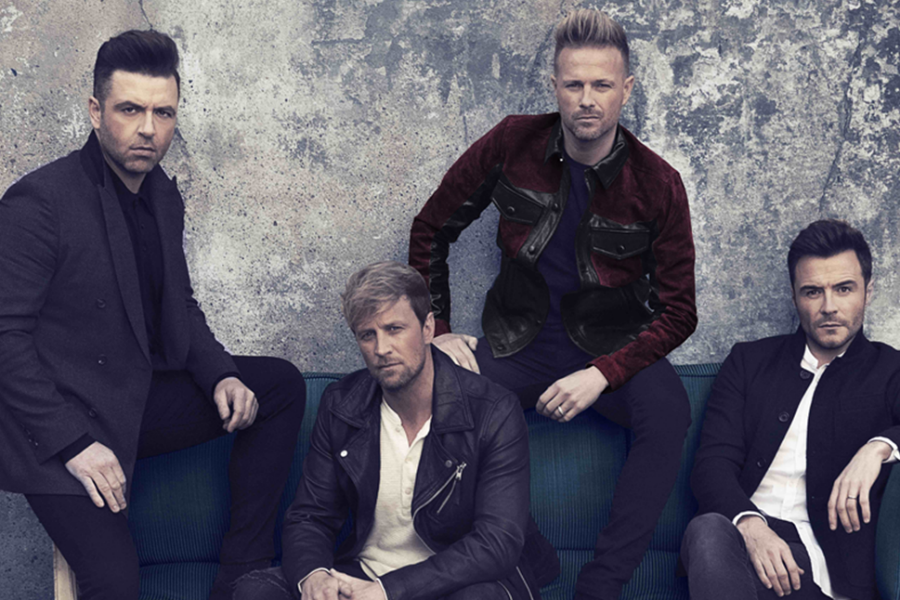 Westlife have unveiled the highly anticipated video for their current summer single ‘Dynamite’.

The video was shot using footage from the band’s record-breaking concert at Dublin’s Croke Park stadium last month, when they appeared in front of 160,000 fans. The concert-goers are now captured forever in a music video that will be seen by millions around the world. ‘Dynamite’ features on the band’s upcoming album ‘Spectrum’, due for release on 15th November.

The dynamic contemporary track, co-written by Ed Sheeran and Steve Mac, has a feel-good summer sound and once again shows the band on the very best form following their sensational return to music.

The single reflects the energy of Westlife’s stellar comeback, incorporating all the colour and excitement of the record-breaking Twenty Tour which has continued in Asia this summer.

Following a huge start to the summer, where the band played to over 160,000 fans at their homecoming Croke Park Stadium shows, Westlife kicked off the Asian leg of their Twenty World Tour in Bangkok, Thailand. They have since played further shows in Macau, Taiwan, Philippines, Indonesia, Singapore, Malaysia and will be performing in Dubai next week.

‘The Twenty Tour’ is Westlife’s fastest selling tour of all time. The band sold an incredible 400,000 tickets in just 48 hours confirming their position as national pop music treasures.

Westlife have sold over 55 million records worldwide and are the only band to have their first 7 singles enter the UK chart at No.1. They also have the most singles of any artist to debut at No.1 in the UK. Overall the band have had an incredible 14 No.1 singles, behind only Elvis Presley and The Beatles. They have had 33 No.1 albums worldwide and as a live act have sold 5 million concert tickets worldwide and counting.