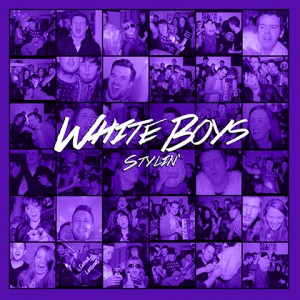 And the boys have already hit 2015 hard with their track ‘Family Values’ – a funk remix taking sound bites from a recent Vincent Brown debate, which has gone viral – being picked up by Joe.ie, Entertainment.ie, The Rubber Bandits, Panti Bliss as well as 2FM, Today FM, 98FM and Red FM in Cork.

Their second video, an Electro-Funk version of Hozier’s ‘Take Me To Church’, released on 4th May, also featured on Joe.ie and gained the boys even more recognition for their creative production and video skills.

White Boys have just released their debut single + music video ‘Stylin’ with a launch at the Chic After-Party in The Savoy, Cork on July 10th along with Red FM’s very own funk/hip-hop connoisseur Stevie G.

White Boys was born after a chance meeting between multi-instrumentalists Gary Keane and Eoin “Walshy” Walsh on the set of ‘The Late Late Show’. A mutual love of funk, RnB and all things groove being the driving force behind the duo’s debut single ’Stylin’ set for release this Summer.

No stranger to the music scene, Gary has been performing extensively for the past 2 years as a solo artist, playing in as far-reaching places as Indie Week Canada in Toronto and The Mint in Los Angeles.

Eoin, one of the most sought-after musicians in Cork, has worked as an instrumentalist and writer with such artists as Colm K, Brian Deady and David Lyttle and has been featured on Brooklyn label, Bastard Jazz and London label, Tummy Touch.

White Boys played the prestigious Electric Picnic last year, having got through to the final stage of 2FM’s ‘Play The Picnic 2014’ competition which also saw them travel to RTÉ studios to record a live version of their new track “Stylin”. The boys are also in the running for this years ‘Play The Picnic 2015’ having secured a place in the final 30.