World Premiere of Kilcormac, a New Cantata by Vincent Kennedy 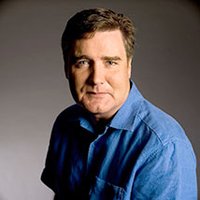 The world premiere of Kilcormac, a new Cantata by Vincent Kennedy commissioned by Offaly County Council will take place in the KDA Hall in Kilcormac, County Offaly on Sunday 27th November at 4pm.

The new work combines choral, solo voice, instrumental and music in traditional Irish idiom and is inspired by stories, events, history and poetry on many facets of life in Kilcormac past and present.  The piece will begin with a look back to the very beginning when the first men and women recorded in Ireland, lived around present day Kilcormac. Another movement is based on words from the ancient Kilcormac missal. The middle section is inspired by the story of the 500 year old wooden Pieta of Kilcormac that was hidden in the bog by six local men in safety from Cromwell’s advancing army. There it lay covered in peat until the last person who knew its location was carried on his deathbed aged 90 to the bog.  When he pointed out where he and others had buried it 60 years earlier the people dug down and re-discovered the Pieta perfectly preserved.  It is venerated to this day in the parish church of Kilcormac.

Vincent has been working with the pupils of the local national and secondary schools and with local choirs, singers and instrumentalists and the new composition stems from a very collaborative process with all these elements. In addition Vincent invited Offaly native Eleanor Lamb to work alongside him with the national school children making their own instruments and also using the enormous array of percussion instruments Eleanor has collected from all parts of the world. Under Eleanor’s guidance the children are creating their own compositions and sound pictures for the performance inspired by the bog and local field names.

The award winning poet Ann Egan, whose has family ties with Kilcormac, has written a new poem which Ann will read as part of the performance accompanied by solo cello.  Vincent met Ann at a recent stay in Annaghmakerrig and the collaboration was born.  The great dual star Offaly GAA man Liam Currums (only man alive to win back to back All-Ireland medals in football and Hurling and also to receive All Stars in both Football and Hurling), a native of Kilcormac has also accepted Vincent’s invitation to narrate the opening of Kilcormac.