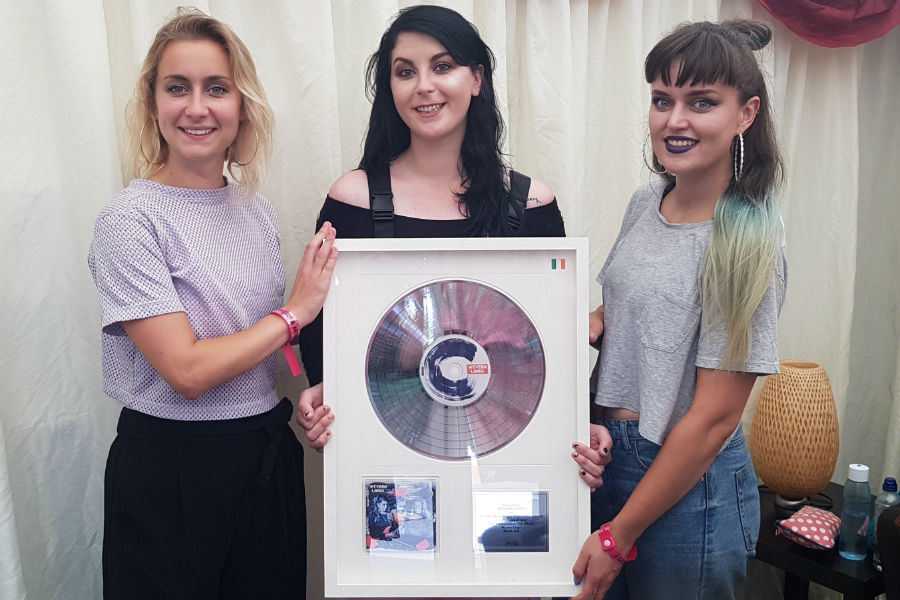 IMRO took the opportunity to present Bray trio Wyvern Lingo with their IMRO Award, in recognition of their Independent number one self-titled debut album ahead of their guest appearance with Grace Jones in Dublin’s Trinity College.

The trio self-released their first EP – ‘The Widow Knows’ in 2014, which brought them to the attention of Irish independent label Rubyworks. Extensive international touring followed with James Vincent McMorrow and fellow-Bray native Hozier, and a second EP – ‘Letter To Willow’, followed in 2016.

“These songs are a collection of experiences both separate and shared. Experiences that shape how we view the world, and how we’ve come to terms with the way our lives have unfolded.” – Wyvern Lingo

The band have a summer filled with festival dates in Ireland, the UK and Germany before their own headline date in The Academy, Dublin, on 28th September.