Each day has its own rhythm and atmosphere 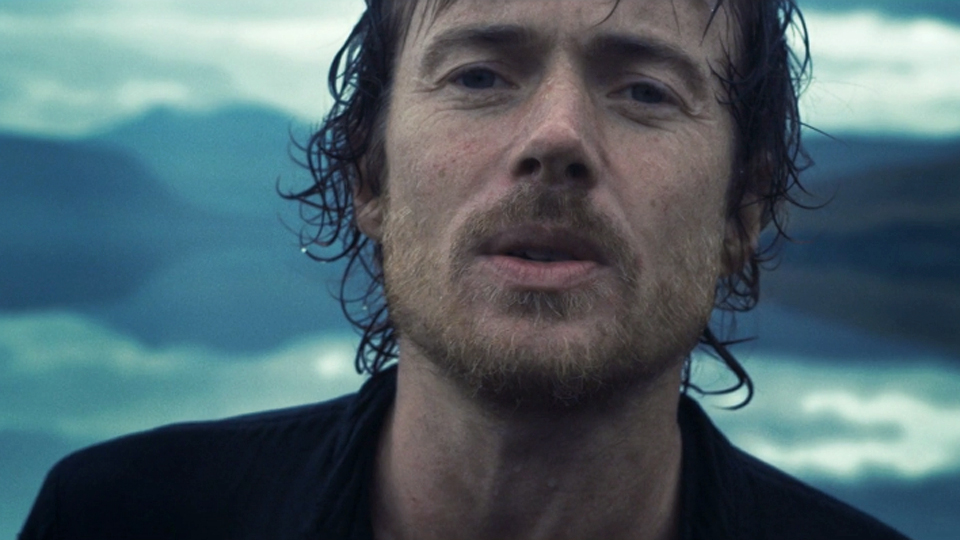 The special thing about Other Voices is that each day has its own rhythm and atmosphere. After Friday evening’s packed and brilliant programming, Saturday folded in another different strand – the conversations amid the music. Not the kind that most pubs have, but that of Foxy John’s and the Banter series. Curated and presented by Jim Carroll, this is Banter’s third year in Dingle, and Saturday afternoon was an eclectic, informative, and entertaining four hours, featuring music from SOAK, as well as interviews with large-scale mural artist Joe Caslin, author of Here are the Young Men Rob Doyle, RTE2’s Channel Controller Bill Malone, and Paul Galvin, among others – it is, in a sense, a spoken word extension of the Other Voices ethos. Paul Galvin particularly impressed, because of the different context we were seeing him in, it allowed him to track his position in Irish cultural life, from gifted, All-Ireland-winning Kerry player, to his work in fashion and design, to thoughts about the GPA, GAA, and Irish craft history, with still so much more to say – his sincerity was completely disarming, which can only happen in the right setting, which Banter tends to provide.

The Music Trail is a really pleasing addition to the Other Voices festival, immersing the whole town – for example, today you could have seen Jape play in the Dingle Brewing Company, August Wells in An Díseart, or Floor Staff in McCarthy’s. Meanwhile on the IMRO stage, the special guest was Derry’s talented SOAK, and this is all before we settle in to the cosy environs of St. James’ Church. 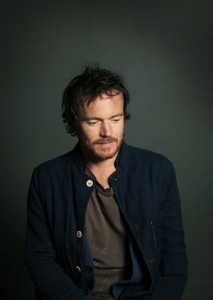 As we do, Philip King reminds us that this entire project is carried by over 100 production staff, only a handful of which are in the church, and that their dedication goes beyond the norm – this is acutely evident. This year, Welsh BBC Radio 1 DJ Huw Stephens has been enlisted for presenting duties from the church, as well as co-hosting the programme along with Aidan Gillen. His dry wit, and warmth is a welcome addition, as he recalls how his day has been, including a trip to “Linda the dentist”, and this lovely, slightly absurd detail, is the perfect foil for the first artist up tonight – Melanie De Biasio.

Revered in her native Belgium as their own Billie Holiday, De Biasio has constantly bucked what is expected of her. A classically trained flautist and singer, she filters these aspects through a smoky prism, retelling songs of deep loss – of faith, and love. Her interest lies in how people misunderstand each other, and the consequences of those misunderstandings, and as she twists and turns in the half-light, a dark, yet revelatory atmosphere descends on St. James’ and provides a truly transportive experience, bringing to mind notes of Portishead, and This Mortal Coil, David Lynch and Isabella Rossellini.

Damien Rice is next, and there is a definite sense of weighty expectation about this artist’s performance. Many have been waiting 8 years for a new record, and songs from his new record, My Favourite Faded Fantasy are stripped back and played as he had perhaps initially imagined them – just him, and his guitar, from The Greatest Bastard, to It Takes a Lot to Make a Man, as well as crowd-favourite Delicate from 2008’s O. He prefaces his last song Trusty & True, by suggesting that this is a “bonfire of a song”, for “all those things you haven’t let go of yet”, asking us to visualise all the men in Ireland on a “moundy hill” joining hands, and as they look upon the women of Ireland on the plains, they simply say “sorry”. For this one, Rice is joined by the Dingle community choir, who are in good voice to add to his quite singular vision. Overall it’s a sincere performance, punctuated by off-kilter stories from the Celbridge native, who received the warmest of receptions (especially when he later led the crowd at Benners Hotel in a rendition of The Auld Triangle). 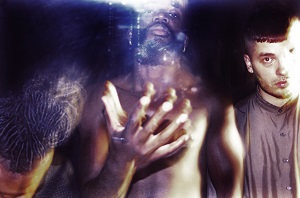 As ever, with Other Voices, what came next was completely different, from another plain entirely. We went from the “moundy hills” of Ireland, to the urban-meets-gothic sprawl of Edinburgh, and Scotland’s Young Fathers. Supplied with ear plugs, we braced ourselves for the Mercury-prize-winning quartet, whose trio of frontmen Alloysious Massaquoi, ‘G’ Hastings, and Kayus Bankole are compelling, and intense, holding you with a vice-like grip, never veering from their sense of performance art-meets-punk-and hip-hop sound. It’s wonderful. Their sense of otherness and unity, is refreshing, challenging and powerful. Their record Dead is anything but, with a sense of vitality and life on Low, War, and Get Up, it’s partly down to their great percussionist, partly down to their intelligent, passionate take on the art of live performance. As they leave the stage, singing, and walking in single file down the middle of the church, there is a particular kind of excitable tension in the air, it is a different kind of coda to Ibeyi’s singing entrance from the side door the night before, but no less prayerful. Truly epic.

Young Fathers’ performance would be incredibly hard to follow for anyone, but luckily we have the immense sound and vision of Kendal’s Wild Beasts, with Hayden Thorpe’s beautiful falsetto flying around the deep baritone of Tom Fleming. They were previously here in 2011, and lit up the space – tonight is no different, as they play songs from this year’s Present Tense, which showcases an even greater musical intelligence. There are layers upon layers of sonic exploration, and intricate details, from Wanderlust to the baying, epic Palace, and at different turns they filter drum and bass, electronica, folk, synth-pop, and so much in-between. Like Young Fathers, their percussionist is key, providing a strangely meditative and immersive sound that sets Wild Beasts apart from their contemporaries. Their return to Other Voices is particularly gratifying – when they first performed here in 2011, they were explosive in their brilliance, and three years on, that explosion has deepened into true artistry. It all goes back to those thoughts from Foxy John’s about great craft.