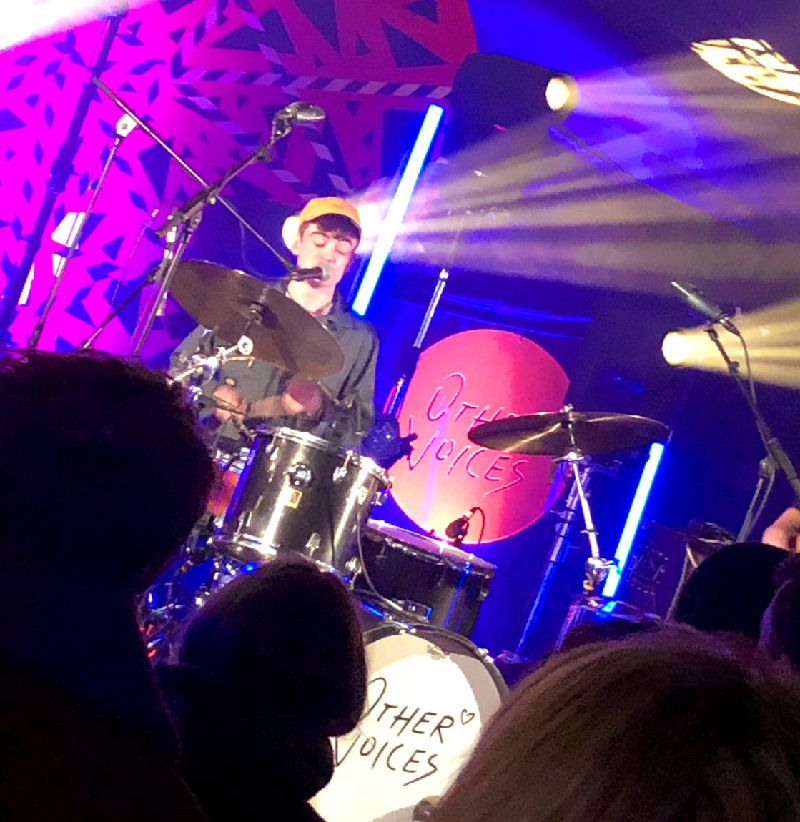 Is it really 18 years? As each year passes, we ask ourselves the same question, but seriously, where does the time go and why does it go so quickly? We’ll leave the answers to those existential questions to the thinkers and philosophers. We, as mere mortals, will just have to slap our foreheads, scratch our heads, and carry on as if the passing of time is the most natural thing in the world not to be concerned about.

But, yes, Other Voices is back for its 18th run, and while we dare not think about its 20th birthday just yet (that will make us feel way too old, of course) let’s doff the cap to the little festival that has not only lasted the course and looks set to continue into its dotage, but also to have grown from an exclusively Irish-based event into an internationally acclaimed piece of collaborative work. And all of this without losing its innate sense of purpose. A long-lasting festival, however, doesn’t stand still, and as each year has passed, so has Other Voices (“this little thing”, said head honcho, Philip King, on Friday night, in his introduction to the event at St James Church) subtly altered, shifted, added and enhanced. “It holds onto its heart and soul,” King continued, getting to the core of what makes Other Voices so different and so good.

This year is no different. Alongside the usual blessings of the acts performing in St James Church, the Music Trail (sponsored this year by Dingle Gin), Banter, Ireland’s Edge, and Music Trail West are very welcome additions. These are in non-music areas, and cover visual art, installations, animation, light shows, exhibitions, and writing. All of these events are Irish language-based and are funded by Ealaín na Gaeltachta, and point in various directions the way in which Other Voices can create a cultural awareness outside its usual frames of reference. Another excellent initiative is Our Coasts Our Voices, which celebrates Dingle Peninsula’s much acclaimed marine environment. With a mix of spoken word, hip-hop, workshops, and discussions, it also is a valuable strand to the innate cultural aesthetic of the festival. One can only guess at what other tricks Other Voices has up its voluminous sleeves for future events, both at home and outside Ireland.

As Philip King also noted in his intro, however, Other Voices would not exist if it wasn’t for the music, and so for the umpteenth time we are yet again in Dingle. And let’s be honest, if it wasn’t for the music, we probably wouldn’t be here, either, so it’s a mutually satisfactory situation. It is also an opportunity to just kick off our boots (metaphorically, that is – it’s freezing down here) and say hello to people we haven’t seen since the last time we were here. Music, relax. Relax, music. Repeat.

Today (Saturday) is when IMRO stakes its claim. Just in case you have been living in a monastery that has no access to broadband, IMRO has been a proud supporter of Other Voices for many years, with IMRO’s Other Room playing a pivotal role in the recognition of the worth of rising Irish songwriters and musicians. In a further blog post, which will be available to read on the IMRO website from tomorrow, I’ll be reviewing all of the IMRO Other Room acts that are performing at Paul Geaney’s Yard from 1pm: Junior Brother, Anna Mieke, A. Smyth, Alex Gough, and Thumper.

That’s a fine line-up and no mistake – from alt.folk and hip-hop to crafted songs and earplug rock, as well as quite a few points in-between. As they say in all the best blog posts – watch this space.