IMRO at Other Voices 2019/IMRO Other Room Reviews 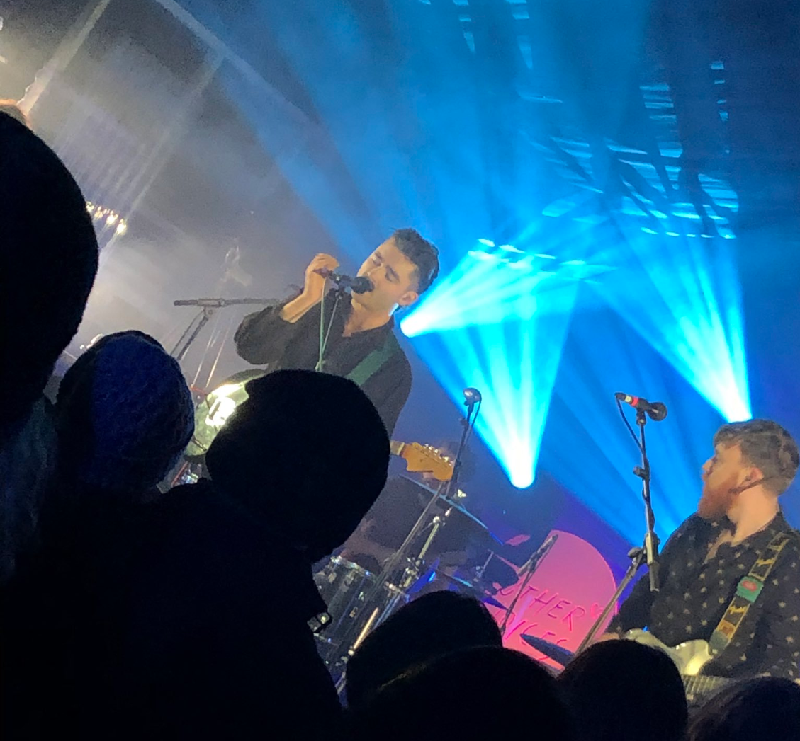 This year five music acts performed at Paul Geaney’s Yard, as part of the IMRO Other Room at Other Voices. Tony Clayton-Lea reports and reviews.

JUNIOR BROTHER
Over the past two years, Ronan Kealy, aka Junior Brother, has created a justifiable stir in the Irish music scene by virtue of a genuine sense of expression, humour, humility and an individuality that is second to none. If you’re familiar with his songs, then you’ll know he doesn’t choose the path well-trodden but rather a deeply singular one that isn’t the easiest to put your finger on. If you’re not familiar with the songs, then you might think (initially, anyway) that there’s something amiss. You would be wrong to think this, however, as Kealy fashions songs – in essence, folk tunes – in a way that makes perfect sense, especially when it comes to touchstones of the form.

He mixes tracks (including The Back Of Her) from his debut album, Pull The Right Rope, old favourites (Hungover At Mass), with new songs (such as No Country For Young Men, a potent socio-political protest tune) in a measured way. Everything meshes perfectly for a songwriter that needs to be heard with, perhaps, a recalibrated set of ears. Once you lock into his music, however, there’s no going back.

ANNA MIEKE
A Wicklow-born folk singer-songwriter with a background in pharmacology and physiology (and with a degree in Ethnomusicology, no less, Anne Mieke isn’t your usual sort of performer. Accompanied by musicians (including a drummer/percussionist and a guitarist/backing vocalist), Mieke cuts an impressive if subtle figure, performing songs from Idle Mind (her debut album of this year) that are of the durable kind, the ones that catch up on you, and the ones you’ll be humming along to when you least expect it. Unlike, say, Junior Brother, Mieke chooses to stick with form and tradition – be it contemporary folk or Old Time Appalachian – but it’s important to emphasise that she adds individuality, a steeliness, to the results.

A. SMYTH
And so it comes to pass that some people write real, actual songs. You know the kind: a beginning, a middle, an end, with lyrics that make sense, and a chorus that makes regular deposits to the memory bank. A .Smyth has been tipping away at the edges for some time now; he has been in a band or two, been around the houses, mown the lawn, painted the front door, and so on – the usual odd-job journey for a musician who wants to make a mark. Playing a batch of mostly new songs that will form the basis for a debut album (to be released next year), what is very noticeable about this guy is not just how he constructs songs but how he delivers them. There are neat Springsteen hints here and there – the wide-open spaces and the wise insights, the rock-Americana stylings – and there’s an accompanying understatement to the performing of them. The end result is a gig that brings much needed warmth to a bitterly cold afternoon. Good on him.

ALEX GOUGH
It isn’t very often that drummers are also vocalists. Backing singers, maybe, but not singing out front as they keep and make the beats that drive the songs. Welcome, then, to Waterford’s Alex Gough, a much-acclaimed producer/hip-hop musician who is claiming 2020 as the year wherein he breaks loose and fast. Judging by his show here, there is more than a reasonable chance of this happening: the man effortlessly blends quick fire, insightful hip-hop with adroitly executed samples and music that wouldn’t be out of place if your record collection included albums by Steely Dan, Weather Report, Miles Davis, Mahavishnu Orchestra, and of course contemporary hip-hop acts that have freely adapted music from these (and more) acts. Add to such influences is a lyrical talent for highlighting, among other things, the downsides of various social media platforms. Yep, we’ll be seeing and hearing much more from this guy next year, alright.

THUMPER
We have seen Thumper before and have no regrets. We have sweated our way through their songs and have experienced no long-term side effects. We have lived vicariously through their maelstrom of noise and still lead a fulfilling life in a suburban town with a wife, two kids, and a cat called Penny. This being said, Thumper are surely Ireland’s most vicious and dirty band. Audacious, too: a pair of drummers and a bona fide phalanx of guitarist/vocalist warriors. There is a marked degree of courage in the songs and performance, a willingness to throw caution to the four corners of the tent and not care where (or on whom) it lands and hurts. And there is also fun here, as evidenced by as neat a slice of audience manipulation as I’ve ever seen. In other words, we love the little tykes. Given half a chance, we reckon you will, too.