OTHER VOICES SERIES 13 – IMRO OTHER ROOM 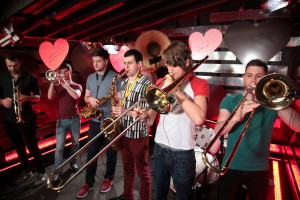 The first instalment of the 13th series of Other Voices reached a conclusion last night on RTÉ 2 with a performance by Booka Brass Band in the IMRO Other Room. Booka Band only formed in 2012 but have had a string of successful live performances since then, earning the respect of their peers in the music industry in Ireland as well as the adoration of their live audiences. A successful 2014 saw the band perform at Electric Picnic, Glastonbury, main stage at Body and Soul, as well as play with Imelda May, Hypnotic Brass Ensemble, The Hot 8 Brass Band and collaborate with artists like Lisa Hannigan, James Vincent McMorrow and Paul Noonan. So far 2015 has seen them release their debut EP “BBB” and embark on an Irish tour including a headline show at Dublin’s Vicar Street. The world stage awaits for Booka Band this summer as they look towards Europe and the UK. 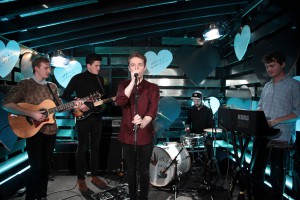 Episode 1 of this season’s Other Voices saw Dublin electronic three-piece, Cloud Castle Lake, in the IMRO Other Room. The band have just finished their first tour of Ireland and the UK, which followed the release of their latest single “Glacier”. Despite only having released one EP (Dandelion) and a single to date, Cloud Castle Lake have managed to build a loyal following with recent support slots under their belt for Glasser, Lisa Hannigan and Ultraísta.

The Rusangano Family headed up the IMRO Other Room for Episode 2. Formerly known as Godknows + mynameisjOhn, they have rapidly become one of the most electrifying souls in music in Ireland. Godknows was the founding member of Shannon’s ‘Random Acts of Kindness’ collective, his unique MC fusion of grime, rap and spoken word has firmly established him as one of the most formidable front-men in the country. mynameisjOhn grew up on the cold hard streets of Ennis in the West of Ireland. He’s released 3 solo EPs, which both reference his gra for a dollop of hiphop, electronica, psych rock and straight up paranoia. Rusangano/Family is an 11 track album that cements the duo’s ongoing collaborative adventures. 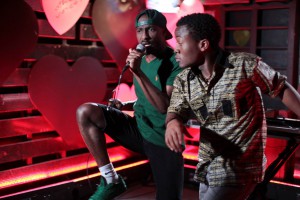 Series 13 of Other Voices is presented by Aidan Gillen (well known for his roles in Game of Thrones, Charlie, The Wire), joined by BBC Radio 1’s Huw Stephens.

Other Voices is renowned for introducing new artists and bands, interviewing established performers in an in-depth way and providing a platform for unique performances.  It has wide viewership in major Irish tourist markets.

Other Voices is supported by RTÉ, FáilteIreland, the Department of Arts, Heritage and the Gaeltacht and IMRO.

We look forward to catching performances from Somerville, Staring at Lakes and Ye Vagabonds in the IMRO Other Room when Other Voices returns for the second instalment of Series 13 later this Summer.