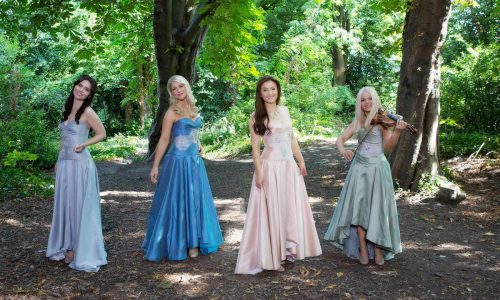 Celtic Woman have just received a GRAMMY nomination under the Best World Music category for their album ‘Destiny’.

The multi-platinum act has sold over 10 million albums worldwide and recently received a No.1 in the Billboard World Music Chart and Classical Chart with their album ‘Voice of Angels’.

This is Celtic Woman’s 12th consecutive No.1 in the Billboard World Music Charts since the group’s formation in 2005.

The album is released through Celtic Collections and on Manhattan Records in the US. A number of Irish producers worked on the album including Gavin Murphy, Graham Murphy and Chris O’Brien.

The GRAMMY Awards take place on Feb 12th 2017 at the Staples Centre in Los Angeles. 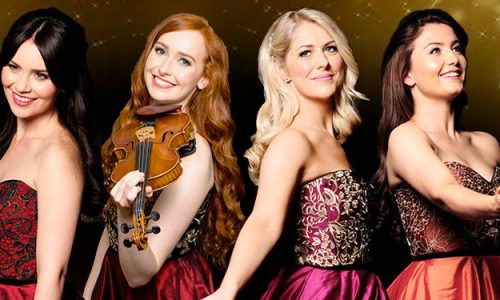 Multi-platinum international music sensation, Celtic Woman, is returning with a spectacular new studio album, Voices Of Angels which will be released on November 18th 2016.

Celtic Woman has a remarkable twelve-year legacy of introducing the most talented singers and musicians from Ireland onto the world stage. Voices Of Angels showcases the angelic voices of Susan McFadden, Mairéad Carlin, Éabha McMahon and introduces the breathtaking new Celtic violinist Tara McNeill.

Voices Of Angels contains some of the most popular songs from the Celtic Woman repertoire along with several previously unrecorded tracks, all with stunning new orchestral arrangements recorded with the 72-piece Orchestra of Ireland.

Following its debut on PBS in 2005, the group has achieved massive success encompassing ten chart-topping albums, eight DVDs and nine public television specials leading to sales of over ten million albums, with platinum success in nine countries. Each of its ten CDs – including 2016’s Destiny – has debuted at #1 on Billboard’s World Albums chart. The group has been named Billboard Magazine’s #1 World Albums Artist six times.

As a touring powerhouse, the group has performed for over four million fans across 23 countries and six continents, with an especially devoted following in America. The show is renowned for its high quality entertainment, exceptional musical performances and stunning visual productions, enthralling audiences of all ages.

PLUS 3 CHRISTMAS BONUS TRACKS
16. Joy To The World
17. Silent Night
18. Once in Royal David’s City

Méav returns to her musical origins with The Calling, 12 tracks of newly written songs, folk ballads and fresh interpretations of timeless classics. Produced and co-written by the Grammy award-winning producer Craig Leon, responsible for iconic records by Blondie, Talking Heads, Ramones and Pavarotti amongst others, The Calling showcases Méav’s crystal clear voice, fusing her classical training with her folk roots.

From an early age Méav displayed an exceptional musical talent, immersed in Irish traditional music at her family home in Dublin. She went on to study classical voice, harp and piano while simultaneously studying Law at Trinity College. Her professional career was established with the Riverdance Choir, before going on to star in Lord of the Dance and embarking in three US tours with the Irish National Concert Orchestra.

This brought her to the attention of Celtic Collections who released three Méav solo albums including Celtic Journey with EMI, which debuted in the Billboard World Music top 10. In 2004, Méav was invited to be one of the five founding members of female supergroup Celtic Woman, who have sold six million records in the US and worldwide. It is remarkable that every album Méav recorded with Celtic Woman reached number 1 in the Billboard World Music Charts.

Méav left Celtic Woman in 2008 to start a family and resumed her solo career in 2010, performing to a sell-out crowd at New York’s Carnegie Hall. In 2012, Méav met legendary producer Craig Leon in Abbey Road Studios, London while working together on the score of a space film in collaboration with NASA. Despite their different musical backgrounds in pop and world music, they quickly realized that they shared a love of song-writing and ethnic music. This resulted in The Calling, a contemporary pop treatment of new songs and folk classics from Ireland, England, Scotland, Brittany, Galicia and America.

Signed CDs can be pre-ordered from Warner Music Ireland here : http://www.warnermusicirelandstore.com/product/meav-the-calling-pre-order.
If you prefer a digital copy, it is also available for pre-order on ITunes here: https://itunes.apple.com/ie/artist/meav/id64924853

You can listen to two more song snippets on Méav’s website here:
http://www.meav.com/music/