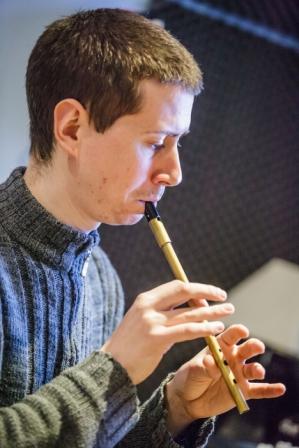 Enda, 29 from Streamstown, Co. Westmeath in the heart of Ireland is a full-time traditional Irish musician, composer and teacher along with being a Comhaltas administrator. This new album again features many of Enda’s original compositions (9 in total) along with a number of tunes that Enda got from his time spent in Limerick on the Masters course in Traditional Irish Music Performance where he graduated with First Class Honours in January 2013. Sam’s Delight a reel composed by Enda and recently recorded by button accordion player Colin Nea on his album Between the Jig and the Reels features on the opening track of Síocháin na Tuaithe.

The album will be available to buy from www.endaseery.com from Monday, April 1st (not an April Fools!).

Enda will be launching the album at the following venues in the coming months:

The album will also feature as part of the Joe Mooney Summer School in Drumshambo, Co. Leitrim where Enda will be teaching an advanced whistle class from July 22nd-27th.

The New Theatre is also the venue for two IMRO masterclasses tomorrow, Saturday 26th, with Cork songwriter and musician, John Spillane (11am) and traditional and classical composer and musician, Charlie Lennon (2pm).

This evening’s showcase is now fully booked but there are limited spaces available for both masterclasses tomorrow. For further details contact IMRO at ei.ormi@pihsrebmem or 01 661 4844. 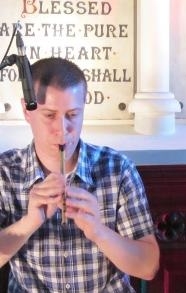 Enda Seery is one of Ireland’s finest young whistle and flute players and composers. Enda’s critically acclaimed debut album The Winding Clock was released in 2010 and sees Enda sprinkle his own compositions amongst other well know session tunes.

The Winding Clock album with Enda on whistles and keyboard, John Byrne on guitar and Colin Hogg on bodhrán along with a guest appearance from Enda’s musical siblings: Ciarán (button accordion), Siobhán (flute) and Pádraig Seery (fiddle) has received great reviews from critics and musicians alike. Enda’s compositions are now being recorded by other artists with his cousin All-Ireland Champion button accordion player Colin Nea recently recording Enda’s composition Sam’s Delight (reel) for his new album Between the Jigs and the Reels.

Along with gaining a reputation as a respected teacher, administrator and adjudicator for Comhaltas Ceoltóirí Éireann, and completing a Masters in Traditional Irish Music Performance at The Irish World Academy of Music and Dance, University of Limerick with First Class Honours, Enda has featured as a performer on RTÉ, TG4, RTÉ Radio 1, RTÉ Lyric FM and Raidió na Gaeltachta. He has appeared on broadcasts such as RTÉ’s Céilí House and Forefront Productions Fleadh Cheoil na hÉireann series on RTÉ and Geantraí on TG4. 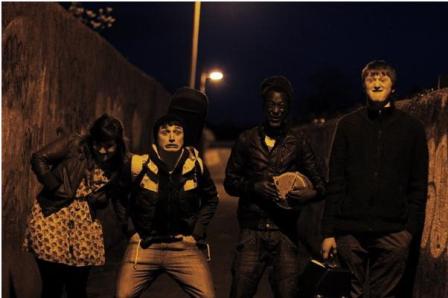 JPTrio are brothers Ted (banjo, tenor guitar and vocals) and Jos (button accordion, keyboards and vocals), Paddy Hazleton (percussion and vocals), joined by Niamh Farrell for the main vocals. They came together while at Sligo Grammar school, where Jos is this year studying for his Leaving Certificate.

Their three years competing in the Siansa Gael Linn competition for young traditional bands helped them evolve as group musicians (they were the winning group in 2009 as Spraoi) culminating in a 2011 performance at Celtic Connections where they won a best newcomer band award at the Danny Kyle open stage competition.

There are jigs and reels here but everything, bar the sean-nós rendition of ‘UnaDheas’, has a strong jazz influence and an emphasis on rhythmic innovation .Their EP includes two Niall Vallely compositions, one Padraig Rynne, one Gordon Duncan, one Colin Farrell, and two traditional songs (one Irish, one gospel).

Ted explains: ‘When I was in first year of college I lived with a bass player studying Jazz in Newpark [Music Centre in Dublin]. He introduced me to lots of brilliant jazz, and while I was there trying to understand bass lines in jazz/funk/soul music, Jos was learning Jazz piano from Kieran Quinn in Sligo. Oscar Peterson was a huge influence for Jos.

‘Paddy’s mum once said to me, He’s been banging pots and pans since I can remember. Paddy’s talent as a percussionist is pure and comes from his soul.’