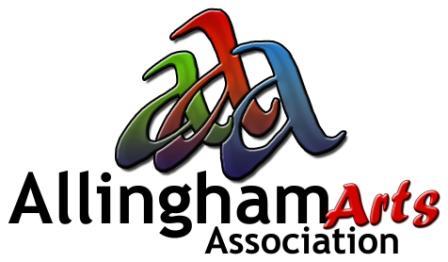 Applications are invited for the Allingham Arts Festival Songwriting Competition 2013, the final of which is due to be held on Friday 8th November.

The competition is being held in conjunction with the Allingham Arts Festival, taking place for the third year running this November, with the winning songwriter set to receive the first prize of €1,000. Singer, songwriter and poet, John Spillane, will lead the judging panel on the night.

Closing date for applications is Thursday 17th October. For further details, rules of entry and to download a copy of the application form, see http://allinghamartsassociation.com/allingham-festival-song-contest-launch/ 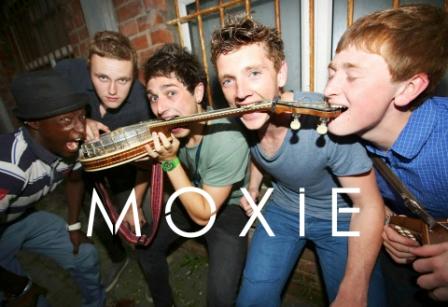 The semi-finals of the inaugural Spirit of Folk Awards will be taking place at Whelans on Saturday 31st August.

Held in conjunction with the Spirit of Folk Festival, which takes place in Dunderry Park, Co Meath in September, these awards are a celebration of the very best of Irish folk music. An impressive 100 bands applied and nine have made it through to the semifinals, where they will be performing live in one of Dublin’s best music venues.

‘Participating in the Spirit of Folk Talent search has been a real pleasure and has provided further proof to me that there is a very healthy and thriving community of music makers and creative artists out there. This SOFF initiative provides a great platform for these artists.’ Says Carl Corcoran of RTE Lyric FM’s Blue of the Night, one of four tasked with judging the awards.

The Spirit of Folk Awards Semi-Finals will also play host to storytellers from all over Ireland including Stephen James Smith, Ruth Marshall and Gemma McGowan. And the Dublin Storytelling Bus will move from their usual home to the boutique Parlor Bar for the night. The event, which runs all day from 3pm, includes a craft and hot food market and will finish with a massive céilí.

By the end of the night, 3 acts will be chosen to go forward to the Final, which takes place as part of the Spirit of Folk Festival on September 21. Established in 2011 by a small team of music enthusiasts, event managers and artists, this festival provides a valuable platform for Irish folk music. Set in the stunning Dunderry Park, other events include storytelling in a megalithic cairn, experimental archeology, druidic ceremony, a three course folksy feast, astronomy, archery and a whole games area with magic, carnival challenges and late night fires and parties.

Tickets for the Semi finals at Whelan’s are €10, Tickets for the Spirit of Folk Festival at Dunderry Park are €50 and include a three course meal. Both are available from www.spiritoffolk.com.

The CultureTECH Festival have today released details of group bookings for community and youth groups ahead of their September festival.

The festival, which takes place from September 9-15, is a celebration of digital technology, media, music and arts featuring over 160 events and sessions across the week. The announcement will see community and youth groups from across the city be given priority bookings for many of the festival’s most exciting events including a huge games arcade in the Millennium Forum and CultureTECH Junior, a dedicated strand of events for young people, sponsored by Seagate.

Festival Marketing Manager, Connor Doherty said: “We’ve always been very keen to work with as many local groups as possible to make sure that this year’s festival reaches the whole of the city. From today, community and youth groups can block book sessions within the games arcade, CultureTECH Junior and a variety of theatre, arts and technology events across the week.”

“We will also be announcing a series of events to take place in various neighbourhoods across the city during the festival. We have over 100 exciting speakers and dozens of artists, musicians and performers taking part in the festival and we want to make sure that it is accessible as possible for anyone who wants to take part.” he added.

In addition to games and the CultureTECH Junior exhibition, the full list of events where group bookings are available include film screenings, free coding workshops for kids, a multi-media performance for babies, theatre workshops and several theatrical performances.

Although the majority of the programme is completely free to anyone interested in attending, youth and community groups will also be able to reserve seats in advance for performances and take part in hosted, private sessions. Any community, youth group or school interested in booking spaces can contact Connor directly via email to oc.hceterutluc@ronnoc or by phoning +44 28 7126 2379.

Details of the full CultureTECH Festival programme are available online now at www.culturetech.co/prog 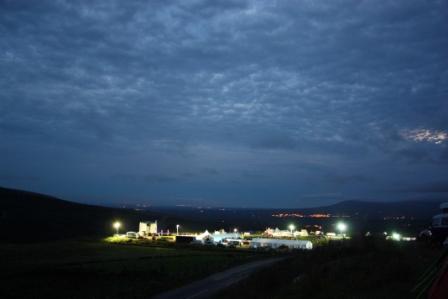 The organisers behind Northern Ireland’s premiere celebration of homegrown musical talent have just announced that this year’s showcase will be the final full-scale event at its home at Eagle’s Rock, Draperstown. From next year, Glasgowbury will be moving in a new direction, relocating to an expanded creative hub in Draperstown’s Cornstore, where the continued promotion of local talent and expansion of new educational and creative enterprises will thrive.

The not-for-profit festival and charitable social enterprise started back in 2000  and since then has spearheaded Northern Ireland’s live music culture whilst working closely with various local groups and enterprises to bring the arts to the heart of rural communities. Progressing to the next stage of its forward-thinking development, the organisation aims to conquer exciting new territories and develop new audiences. The new hub will allow Glasgowbury to deliver a wider more varied programme of arts and community development continuing to provide tuition programmes and performance opportunities.

This year for the first time ever, Glasgowbury will expand to a two day festival across the weekend of July 19th to 21st, staging a County Derry showcase at Eagle’s Rock, Draperstown on Friday 19th in support of Derry~Londonderry’s City Of Culture celebrations. And So I Watch You From Afar, Japanese Popstars and The Answer are among the bands who will be gracing the main stage over the course of the weekend.

Don’t miss the opportunity to see this really special festival for the last time high in the Sperrin Mountains. For info, ticket outlets, travel info and all the latest announcements see www.glasgowbury.com

Local Artists to Make Their Mark on Clonmel Junction Festival 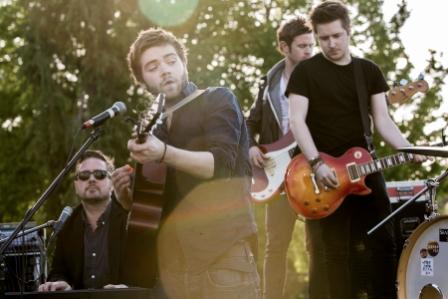 Fifteen of the most exciting young rock musicians, based in Clonmel, including the talented emerging voices of Eoin Hally, Ruairi de Leastar and Kate Twohig have been working with rock musician and producer Gavin Glass creating an unforgettable evening for the 2013 Clonmel Junction Festival. “We Can Be Heroes” will celebrate the rock legends of the last 40 years with a medley of classics from bands like The Rolling Stones, The Cars, The Jam and David Bowie intermingled with original music by the artists performing.

Gavin Glass will be joined on July 6th by special guests Jack L, Paul Walsh (Royseven), Jerry Fish and Cat Dowling. With a four piece horn section and a string trio play throughout and the Junction Festival Choir enrolled for the finale numbers “We Can Be Heroes” promises to be a very special event.

The event, which has been made possible with grant support from IMRO and the sponsorship of Bulmers, is just one of a number of music and arts events taking place as part of the Clonmel Junction Festival, taking place from 5th to 14th July. “Under the Arches”, a series of free lunchtime gigs, will feature live performances from up-an-coming local artists and visiting bands. Wednesday 10th July sees a First Music Contact panel taking place with representatives from IASCA, Today FM, BIMM Music College, IMRO and First Music Contact/Breaking Tunes on hand to offer advice to young artists starting out.

For more information on the full line-up of events, and to book tickets, see www.junctionfestival.com. 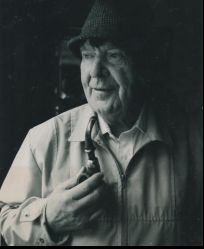 Rules of the Ballad Competition.

The Dublin launch will feature performances by Elizabeth Hilliard performing composer Gráinne Mulvey’s The Seafarer for soprano and electronics and Anthony Kelly and David Stalling with members of the Dublin Laptop Orchestra, as well as a programme of fixed medium sound works. The evening will be presented by RTÉ lyricfm Nova presenter, Bernard Clarke. Admission is free and all are welcome to come along.

Now in its sixth edition, the Hilltown New Music Festival continues to showcase Irish and international contemporary music and sonic art by presenting innovative new work to audiences and providing a sustainable place for contemporary arts in the Midlands.

As was done for the previous festivals, there are two open calls for works, one for scores by Irish based composers to be performed by the Hilltown ensemble-in-residence, and one international call for fixed medium audio works, which will be presented in a special listening room during the festival. Further details on the open calls for works available on www.hilltown.ie. 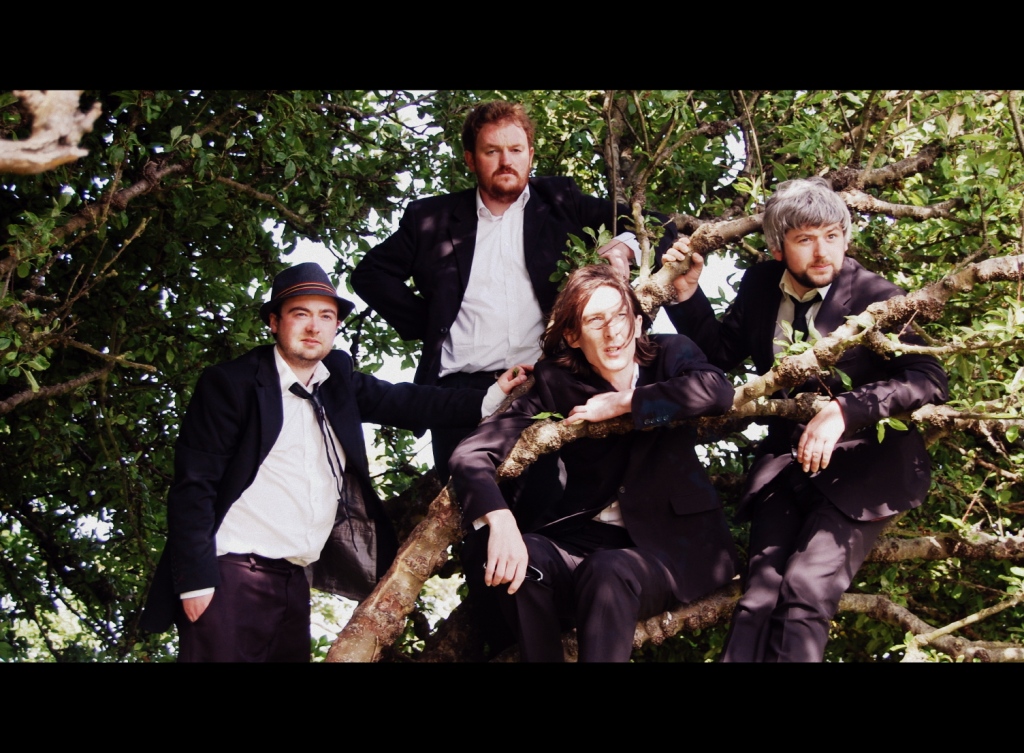 A Band Called Wanda have just been announced as one of eight finalists in the 2013 Glastonbury Emerging Talent competition. The Galway-based indie/folk band were selected from 8,000 entries. Last month they made it onto the longlist of 120 artists, selected by 40 blogger judges.

Building up a steady following on the live music scene, A Band Called Wanda have previously supported artists such as David Gray, Alabama 3, Stornoway and The Coronas. Their debut mini-album, “Roses are Still Red”, released in 2010, received plaudits from radio stations in Ireland and abroad.
The band are currently working on their debut LP, due for release later this year.

The live finals of the 2013 Glastonbury Emerging Talent competition will take place on Saturday 6th April. The event will stream live on the official Glastonbury website at www.glastonburyfestivals.co.uk. The winning act will then get the chance to play a main stage set at this year’s festival.

For more on A Band Called Wanda, check out their Facebook page and Breaking Tunes profile. 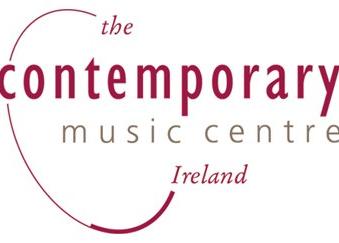 This year’s event is held in collaboration with the Music Composition Centre of Trinity College Dublin and has been programmed by its Director Dr Evangelia Rigaki.

Performances will take place from 11.00am to 12.45pm and 2.30pm to 5.30pm.  The event is open to the public throughout the day.  Admission is free – tickets are available from the box office of the National Concert Hall on arrival.

New Music Dublin is a major new festival that gives voice to a broad range of musical creativity from our time and takes place at the National Concert Hall on 1-3 March 2013.  It is a new partnership initiative of The Arts Council/An Chomhairle Ealaíon, The National Concert Hall, RTÉ Orchestras and the Contemporary Music Centre and is the first event arising from a planned five-year partnership. The Arts Council is providing significant funding to New Music Dublin.  The festival forms part of Ireland’s EU Presidency Cultural Programme.  www.newmusicdublin.ie 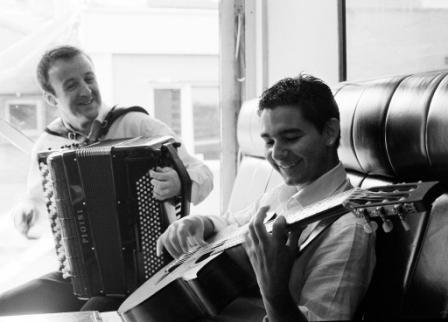 10th Birthday Festival in association with Music for Galway

Lunchtime events will include a solo performance by Galwegian Cellist and vocalist Naomi Berrill, a reading from local poet Kevin O’ Shea and an open discussion about “the Making of Music” between Composer in Residence Karen Power and celebrated composer and founder of The Galway Music Residency Jane O’ Leary.