Posts Tagged ‘Good to be Alive’ 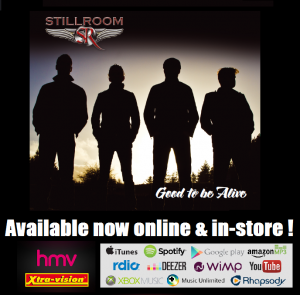 STILLROOM are back with the second single, “Keep on Walkin'”, from their debut album “Good To Be Alive”. Dead Dogs Eye is the production company behind the bands latest video. Shot stylishly in black and white and featuring some familiar faces from the cast of hit dramas Love Hate and Red Rock, the video tells the age old story of the strong vs the weak.

The classic rock merchants from Dublin released “Good To Be Alive” last year followed by a nationwide tour. The album was recorded at Ashtown Studios, produced by Tommy O’Sullivan and mastered by Aidan Foley and is available on iTunes here.

Keep an eye on Stillroom’s Facebook page for details of their upcoming gigs. In the meantime, check out the video for “Keep on Walkin'” here: