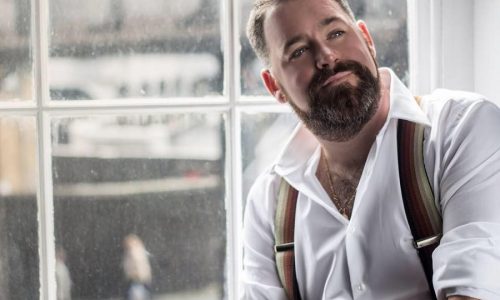 Graham J. continues to create a fresh and exciting live show for his growing audience. This year alone he has had sell out show’s at Dublin’s JJ SMYTH’s, Nick Munier’s Avenue, The Sugar Club, Whelan’s, London headline show at Nell’s Jazz & Blues Club, headline at the London Pride Official Launch Party in Zebrano’s, and a standout performance at Vince Power’s new jazz venue the WILLIAM IV in London. Graham J. makes a welcome return to The Sugar Club on Wednesday, 12th October 2016 and he will release his new single ‘I MISS YOU MOST ON SUNDAYS’ on Friday, 28th October 2016.

“I MISS YOU MOST ON SUNDAYS” is about the tragic loss of a loved one through suicide. Graham J. lost his partner through suicide and this song is very personal to him. It is a beautiful, haunting song with a very simple but tragic message. Tragically in October 2013 when Graham’s partner took his own life, Graham was devastated and due to the shock lost his voice. However the song now makes him think of someone who touched his life and left an indelible mark. “While every time I sing the song, brings back so many sad memories , performing it has been very cathartic” says Graham. “It also seems to touch a chord with the audience and brings home how short and precious life is and how it is important to celebrate both life and our treasured memories”. October 2016 marks the 3rd Anniversary of this tragic event and ‘I MISS YOU MOST ON SUNDAYS’ is released in Graham’s partner’s memory. The song’s haunting melody and reflection on traumatic loss underscore the feeling of comfort from holding onto memories of happier times.

Graham J. is fast gaining an international reputation with sell out performances in Ireland, the UK and Europe. His debut album “Wild Is…” has been critically acclaimed for its individual style. Following the UK release of ‘Into My Arms’ he was contacted by BBC DJ Justine Greene to say that ‘Into my Arms’ was chosen for the BBC Sunday Selection Show. It received airplay on Alex Lester’s BBC Radio 2 show, ‘Into My Arms’ was play-listed by CHBN Radio in the UK, remaining in the Top 5 Listeners Poll for several weeks. It has also been play-listed and receiving airplay on Shoreditch Radio, London and KMIX Radio in Los Angeles, Radio Oxford, BBC Radio Ulster among others. The BBC filmed 5 of Graham’s songs as part of his live in studio performances on Sunday Breakfast with Justine Green for BBC Coventry and Warwickshire. The performance was filmed for BBC Music site and streamed through BBC iPlayer, receiving over six thousand views within the first two days.

Graham J. is a unique and powerful singer. On his debut album ‘Wild Is… Graham explores elements of jazz, blues, classical and alternative contemporary. The avant-garde, almost vaudevillian, presentation underlies themes of evolution and transformation which define the work. Graham has been hailed as the vanguard of ‘Cabaret Noir’, an emerging genre of music blending influences from others and known for its dark subjects and emotional impact.

Graham J.’s debut album ‘WILD IS…’ is available on all digital formats