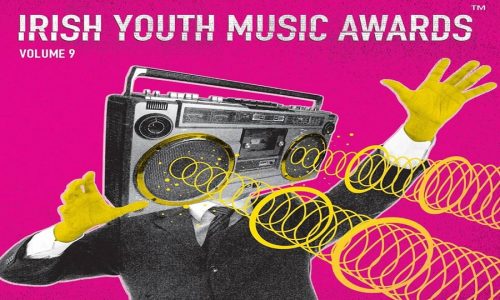 To mark the launch, a full length album of original tracks recorded by last year’s recipients from team Galway were released last Friday 21st October. The album is available digitally and on CD with iTunes pre-orders now live here. This album was recorded in Temple Lane Studios in Dublin where artists such as U2, Bressie and Kanye West have recorded and was mastered by Richard Dowling in Wav mastering who has worked with David Bowie, The Foo Fighters and Choice Music Winner Soak.

“We are very excited to be entering our tenth year supporting the creativity of young people across Ireland and acting as a stepping stone in their journey as they progress to further education and employment opportunities. As part of this year’s programme we are very happy to announce that we are partnering with LinkedIn Learning to offer young people and youth leaders participating in the programme use of their online learning platform to further help them learn new skills and progress their educational opportunities. To mark the ten-year anniversary, we would love to see the album charting this year and we are encouraging people to get a copy the week of release to support this happening. We have lots more planned as part of the programme which we will be announcing over the forthcoming months.” said Barry Lennon, Irish Youth Music Awards Director.

The IYMAs programme will finish with a youth music festival in the Aviva Stadium on Saturday 22nd April 2017. Last year saw hundreds of young people attend the event, which featured over thirty-six up and coming acts play across two stages, a large educational hub for anyone attending to join with workshops by BIMM lecturers covering topics such as song writing, drums and lots more. This event is open to all to attend and tickets are now available here from Eventbrite priced €20 including booking fee.

As part of last week’s launch, Galway representing act JANAJ performed at the Youth Work Ireland National Conference in Dublin Castle on Saturday 22nd October followed by an exclusive all ages album launch gig in the legendary Roisin Dubh venue on Sunday 23rd October, with all the performers from the IYMAs album playing to celebrate the release of the IYMAs album.

Last year’s recipients JANAJ, who are one of eight acts featured on the IYMAs album said “Taking part in the IYMAs has opened so many doors for us as musicians and individuals. We got a glimpse into the depth of work that goes into promoting, creating, and selling an act and their music. The IYMAs has helped the young people from our team in Galway grow our passion for music, as well as gaining skills and experience in areas that we may not experience in a traditional school setting.”

The overall recipient region will be announced at the National Day in the Aviva Stadium on Saturday 22nd April 2017. Performers on the day will be chosen to represent their region at local live selection events and will be supported by a team comprising of all other contestants from their region taking on individual music industry roles. The winning region will receive recording time in a studio with backline provided by Music Maker Dublin. They will also produce an album of their own released on physical CD with a professional design. The album will be digitally distributed worldwide through iTunes, Spotify and many more outlets.