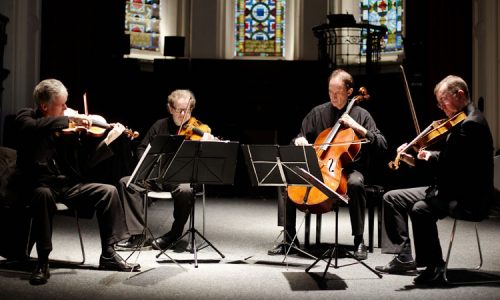 The first week of Composing the Island: A century of music in Ireland 1916 – 2016 commences this evening, Wednesday 7th September at 8pm with the RTÉ Concert Orchestra under the baton of Kenneth Montgomery performing orchestral works inspired by Irish history and landscape.

These include Ina Boyle’s Symphony No. 1 Glencree from 1927, a symphony that received its only previous complete performance in 1945; Norman Hay’s Dunluce from 1921 which was inspired by the dramatic ruined castle on the north Antrim coast and Charles Villiers Stanford’s Irish Rhapsody No. 4, sometimes known as the Ulster Rhapsody. Tickets Available Here

Our Friday lunchtime concert is by tenor Robin Tritschler with pianist Peter Tuite who will perform original compositions and folk song arrangements from the first decades of the 20th century in a programme entitled Songs of Erin: An Irish Songbook (Volume 1). Tickets Available Here

The Band of the Defence Forces School of Music treat us to an afternoon of music by Col. Wilhelm Fritz Brase, A.J. Potter, Gerard Victory & more on Saturday with Lieutenant Colonel Mark Armstrong as conductor. Tickets Available Here

On Saturday evening in the Kevin Barry Recital Room, the Fidelio Trio perform a selection of piano trios and sonatas by influential composers including Stanford, one of the most important figures in the musical life of Dublin, Michele Esposito and Joan Trimble. Tickets Available Here

Week One draws to a close on Sunday afternoon with the Vanbrugh Quartet perfomring chamber music composed between the wars. They will be joined by the Chiral Quartet and oboeist Matthew Manning for works by Ina Boyle, Brian Boydell, Frederick May & Aloys Fleischmann. Tickets Available Here