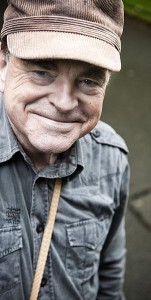 on Love is Niall Toner‘s fifth all-original album, and was recorded in Nashville with producer, Keith Sewell, and a stellar line-up of musicians, including Samson Grisman on bass (The Deadly Gentlemen/David Grisman Band), Justin Weaver on mandolin and guitar, (Wynonna Judd Band ), John Mock on harmonium and whistles (Dixie Chicks), Keith Sewell on guitar, fiddle and mandolin, (Lyle Lovett Band/Dixie Chicks) and Scott Vestal (Sam Bush Band) on 5-string banjo. Niall played mandolin and banjo, and sang all the lead vocals, with harmonies by Wendy Buckner and Keith Sewell. The sessions were cut at 16 Tons Studio on Music Row, and mixed and mastered at the Toolshed Studios in Mount Juliet, TN. Engineer was Michael Esser.

This is basically an Album of Love Songs, and it seems appropriate that it should be released to co-incide with St.Valentine’s Day, the annual celebration of LOVE.

Working On Love, is, as the title suggests, an up-tempo song about a couple working continuously to improve their relationship. Josie’s Reel is a glimpse of innocence, and paints a picture of a somewhat clumsy man trying to make an impression on a dancing girl. I Know What Lonely’s About is a love song about the loneliness of separation but with a happy ending. Old Tyme Love is another old-style love song which tells the story of a touring performer on the road wanting to get back home ASAP. When Tomorrow Comes is one of those up-tempo style bluegrass Songs which has at its heart, a story of break-up and separation, but nonetheless expresses its emotion over a hard-driving bluegrass rhythm. The Mountain and the Sky uses that metaphor to describe a relationship on the very edge of crumbling, or maybe not. Walk On Water is a full-on gospel song written with Terri Lynn-Weaver, and draws its inspiration directly from the Bible parable about Jesus walking on water. Bill Monroe’s Mandolin, is, as far as Niall knows, the only love song ever written about a mandolin, and a fairly special one at that! The song was first recorded in 2001, but Niall always harboured an ambition to re-cut it in a more ‘story-telling’ version. The only instrumental on this album represents Niall’s take on two traditional Irish themes/styles. Planxty Coolasnaughta is named so because it’s in the style of the great Irish harpist, Turlough O’Carolan, and The Flower Of Liffey Hall is a hornpipe of Niall’s, named for his grandaughter, Caoilinn. The People Wondered is an acapella song performed in Shape Note Hymnal style, based on the concept of the ‘Doubting Thomas’.

The album will be made available in as many formats as one could desire: hard copy CDs in the shops, including Claddagh Records, viewable at Niall’s live shows, iTunes, Amazon, and from Niall’s website at: www.nialltonerband.com 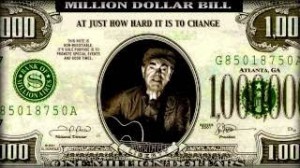 released a video for ‘Million Dollar Bill’, taken from his Pinecastle album, Onwards and Upwards. The video tells the story of a man who inherits a box of Cheroots, a pair of Cowboy Boots, and a Million Dollar Bill, which he finds very difficult to change.

Niall will be releasing three videos during the Summer (July, August and September) the first of which is available to view below. The song was written by Niall and inspired by an old B/W movie starring Gregory Peck, called the Million Pound Note.

The video for ‘Way of a Wanderer’ will be launched in August, and September will see the release of the video for ‘Judge and Jury’. 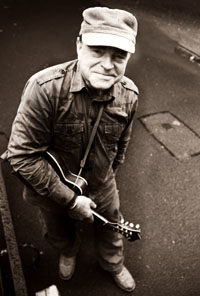