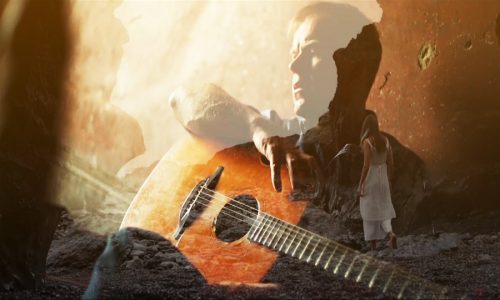 PAUL MCDONNELL’s new single ‘BE ALL YOU CAN BE’ is the third single & video from his acclaimed current album ‘A Sweeter Confusion’. Catch Paul & his band live on Wednesday November 16th upstairs at Whelans, Wexford Street, Dublin €12 WAV Tickets/ 1890 200 078.

The song is no stranger to high praise – in 2014 ‘Be all you can be’ won the IMRO Christy Hennessy Award for Songwriting, an award which Paul McDonnell has won twice in a 15 year songwriting career – Paul is the only double winner of that award. ‘Be all you can be’ is also the theme song for the acclaimed US film ‘37’.

‘BE ALL YOU CAN BE’ was written by Paul with long time collaborator Dave Molloy (Cellar Club) & American film music composer Cathleen Flynn who will be performing with him at Whelans. A deeply poignant song, Paul outlines the theme “When a loved one is saying goodbye to you & the world, their parting wish is that you find a wonderful new life without them. I lost my parents in recent years & after the pain subsided I found a sense of release in saying goodbye, even though a part of me felt ashamed by the freedom it created”.

His third album ‘A SWEETER CONFUSION’ was released in August and chronicles Paul’s search for love, connection & truth. The album received acclaim with Hot Press calling it “instantly appealing”. Previous singles ‘Storm Chaser’ & ‘Lovers on the lawn’ were playlisted on Radio One and Ocean FM and the album was selected by BBC Radio Ulster’s Late Show as ‘Album of the Week’. Over his 15 year songwriting career, Paul has written in the songwriting epicentre of Nashville and composed for DE DANANN, TOMMY FLEMING, LISA LAMBE, LEAH MCFALL. His songs have been placed in films, on TV and used in advertising campaigns internationally.

“Every song on the album is such an eloquent story so wonderfully told” Musician.ie

‘A Sweeter Confusion’ The New Album From Paul McDonnell 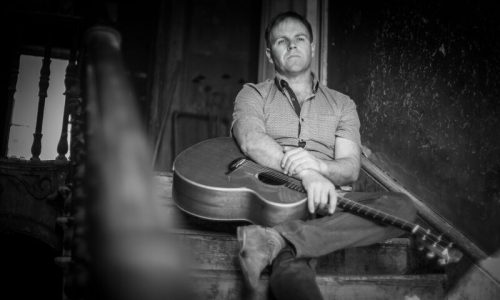 Award winning Dublin songwriter and performer Paul McDonnell’s third album ‘A Sweeter Confusion’ is now on release. The album features ‘Storm Chaser’ & current single ‘Lovers on the lawn’ a song “about being in the centre of love, that space where there is no doubt in your mind about its existence”.

Paul is the ONLY DOUBLE WINNER of the IMRO Christy Hennessy Award for songwriting, beating over 400 artists to the top prize in 2011 and 2014. With a career spanning a 15 years as an award winning songwriter, ‘A SWEETER CONFUSION’ chronicles his search for love, connection & truth following the death of both his parents. He co-wrote the theme song ‘BE ALL YOU CAN BE’ for the acclaimed 2014 US movie ‘37’. Paul has spent time writing in the songwriting epicentre of NASHVILLE and has written for DE DANANN, TOMMY FLEMING, LISA LAMBE, LEAH MCFALL. His songs have been placed in films, on TV and used in advertising campaigns internationally.

At the controls in studio was multi instrumentalist David Molloy who produced and co-produced most of Paul’s music over the past 15 years. Paul & David Molloy initially came together to form the band Cellar Club. Their 2004 album ‘Scored for life’ featured the standout single ‘Coming on Strong’. In 2008 under the pseudonym Pal Steelo, Paul released the album ‘You My Favourite Shadow’ and the single ‘Josephine’.