The Grunts – Cult Before Country

The Grunts – Cult Before Country 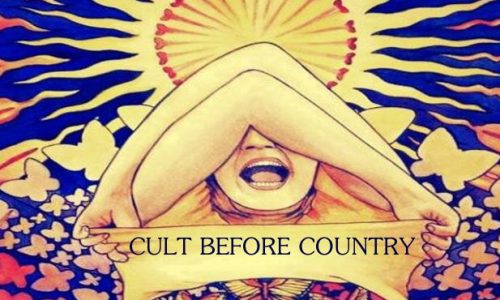 The Grunts release their long-awaited second LP ‘Cult Before Country’ on Inner Chapter Records; ten tracks of rich and colourful alternative rock weaving in strains of indie, psych and punk.

The title of the record refers to the alluring charm of dangerous ideas, and this is borne out by the oddball characters and stories that are woven into songs like ‘Frigid Air’, ‘NYC Woman’ and ‘The Guy That Stalked You Has Become The President’.

Formed over 8 years ago and taking their influences from early U2, Echo & the Bunnymen, The Cure and the Pixies, The Grunts have steadily become one of Ireland’s most respected indie rock bands. They spent the majority of 2015-16 writing and recording ‘Cult Before Country’ in between regular touring in Ireland and a return visit to New York’s Bowery Electric. On this album the Grunts are joined by Kevin J. Power (who also recorded and mixed) on bass, backing vocals and keyboard.