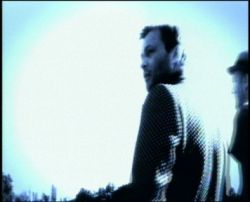 A band to watch in 2006, Dublin five piece MoCrac hit the ground running with the release of their debut single, Happy on 17th February, the perfect track to coincide with Valentine’s Day. Happy is the first single to be taken from MoCrac’s debut album ‘Cash Is King’ which is set for release on 17th March 2006.

Cash Is King was originally available on a very limited underground basis in 2005 but now gets it label debut on Reekus Records due to increased interest in the band.

Happy was recently chosen as the lead track for the Maeve Binchy movie Tara Road starring Andie McDowell. The track was not only featured in the movie but was used as the sound-bed for a major television and radio advertising campaign for the film and will be included on the movie soundtrack.

Written and arranged by Maurice Ferriter (aka MoCrac) with additional creative input from producers Liam Mulvaney and Ed Joliffe (Asylum Studios – Jape, The Radio), Happy rides on a widescreen backround of strings fronted by drop-dead gorgeous guest vocals from chanteuse Cathy Davey and is a fitting ode and dialogue to MoCrac’s only son but could indeed be between loved one’s anywhere. The song has a simple sentiment and reflects on the essentials of the human condition and how we should see ourselves, “I hope you learn to love yourself.. And I don’t mean more than anyone else”.

Originally a studio project conceptualised by MoCrac, increased interest in the tracks in 2005 prompted Maurice to decide that the time was right to put a full time band on the road in order to bring these songs to life. Now a five piece band, MoCrac’s first date to kick of the New Year was in the Temple Bar Music Centre on 6th January 2006. This will be followed by a free in-store in Tower Records, Dublin on Saturday 18th February and by further dates around the country to coincide with the forthcoming album. First up will be the Sugar Club, Dublin on 18th March and in Roisin Dubh, Galway on March 30th. For constant updates check out: www.mocrac.com. 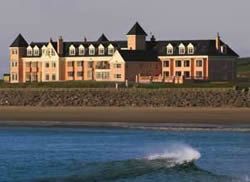 IMRO will host a Songwriter Retreat in Co. Donegal in February 2006.

Whatever inspired Yeats, you’ll find it around here!

The Sandhouse Hotel, described as ‘one of Ireland’s west coast treasures’, is magnificently situated on the sandy shores of the Atlantic Ocean overlooking Donegal Bay. It is a haven of comfort and tranquillity amidst the beauty of rural Ireland. The hotel is located in Rossnowlagh, known as ‘the heavenly cove’.

This songwriter event will run along similar lines to those previously hosted by IMRO in that it will focus on songwriter collaboration and live performances of new material.

The cost of this workshop includes: 4 nights accommodation plus 3 days breakfast, lunch and evening meals at the Sandhouse Hotel. All additional hotel services, meals, phone, etc will be billed at normal hotel rates.

Workshop participants will be required to pay for the workshop fee on arrival. Extra hotel service charges, if billed, are payable to the Sandhouse Hotel on departure.

There are only 30 places available for this workshop, so early booking is advisable.

To reserve your place please send a cheque/postal order for â‚¬100, made payable to IMRO (please don&acutet send cash). This deposit will be refunded at the beginning of the workshop session. 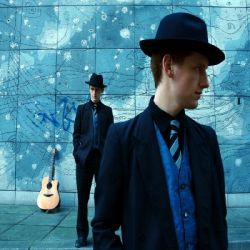 Following on from the successful showcase gigs held by the Ballyfermot “Rock School” over the past eight years, the “musicology” showcase gig for this year’s most gifted writers and instrumentalists will be held on three consecutive Wednesday nights (the 22nd and 29th of March and the 5th of April) this Spring.

The Rock school programme has always encouraged original and innovative music, and it has produced artists such as Damien Dempsey and Roesy, as well as rising stars like Fiach and Ross Breen. This year’s talent is no less promising.

As a venue renowned for it’s support of young Irish talent, Whelan’s has been chosen as the ideal place to host the showcase and it promises to be a fitting arena. 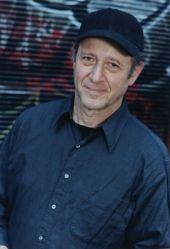 RTÃ‰ will host a major celebration of the work of Steve Reich, icon of American music and contemporary culture, in the 2006 RTÃ‰ Living Music Festival sponsored by IMRO, the Irish Music Rights Organisation.

Under the artistic direction of composer Donnacha Dennehy, the 2006 festival will take place from Friday 17 to Sunday 19 February 2006 and will mark a move from the Helix to city centre venues the O&acuteReilly Theatre (Belvedere College, Great Denmark Street), National Concert Hall and Project Arts Centre.

Highlights of this celebration in Reich&acutes 70th birthday year will include a public interview and a composition seminar with this major figure in contemporary music on his first visit to Ireland, an 11-hour â€˜marathon&acute, and a return visit to Dublin by Reich specialists Ensemble Modern following their acclaimed Irish dÃ©but in the 2005 festival. Steve Reich participates in the festival with the support of the UCD Clinton Institute for American Studies. The RTÃ‰ Living Music Festival is also supported by The Irish Times.

The 2006 festival will also feature the music of other leading composers of recent times, such as Louis Andriessen, Philip Glass, Arvo PÃ¤rt and John Adams. Marking the centenary year of Samuel Beckett, the festival will include Morton Feldman&acutes one-act opera Neither, a setting of a Beckett text.

â€˜I remember vividly the day I first heard Steve Reich&acutes Music for 18 Musicians, and fell in love. This was not just a love for that piece, but a love for a whole new sound. It is particularly meaningful for me that this festival, forming the largest concentration on the work of Steve Reich that this country has ever experienced, will finish with that iconic work played by one of the world&acutes greatest groups, Ensemble Modern. Building up to that, and including an all-day marathon event on the Saturday, will be a riotous celebration of his work in the context of other major figures such as Morton Feldman, Arvo PÃ¤rt and many others.

â€˜Alex Ross, writing in the New Yorker magazine, recently declared Reich â€œthe most original musical thinker of our timeâ€. But this may conjure up an image of an obscure cult figure living in an attic. Far from it! Steve Reich is not just known to a small group of new music cognoscenti, or those interested in classical music. His reach spans all genres of music, from new classical to electronica (and many others in between). I can hardly think of another musician so influential outside his own area. I am delighted that Steve Reich will be attending in person to partake in the festival.&acute