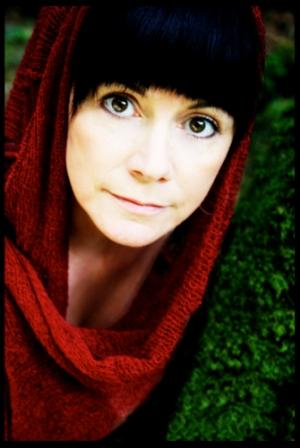 Musician and vocalist, Cathy Jordan, long time member of multi-award winning traditional Irish band Dervish, has just released her highly anticipated debut solo album All The Way Home, featuring a title track composed at the most recent IMRO Songwriter Retreat. The album, which has been some twenty years in the making, features many of the most notable names in the folk world, both at home in Ireland and abroad.

In November 2010, Cathy joined forty other songwriters for a week of songwriting and performances at the Brook Lodge Wells and Spa, Wicklow as part of the IMRO Songwriter Retreat. Being Cathy’s first experience of an IMRO Songwriter Retreat, she recalls how she was a little anxious beforehand. “I didn’t quite know what to expect, I found myself quite nervous as I drove to it, what if I’m not creative, what if I can’t write under time pressure, what if I can’t write with others, maybe I’m not a real songwriter at all. All these things went through my head en route; I nearly turned the car around.”
However, the musical journey into the unknown paid off for Cathy – “it turned out to be one of the most enjoyable and creative weeks of my life, not only did I get to meet and write with amazing songwriters I also managed to get the title track for my first solo album.”  While Cathy had the idea for song All the Way Home in mind for some time, the IMRO Songwriter Retreat setting created the opportunity to bring it to life through her collaboration with new co-writers, Enda Cullen and Ian Smith, both seasoned songwriters and regular attendees at the IMRO songwriter events. “I found the co-writing process exciting, challenging at times, but thoroughly enjoyable. It’s also a great way to turn ones ideas into fully fledged songs in an afternoon.”
Among the twelve tracks on the album All the Way Home, produced in Sweden by acclaimed producer, multi-instrumentalist and long time collaborator Roger Tallroth, are traditional ballads Cathy would have heard sung in the family home from an early age. Performing these songs with family and friends was a fundamental part of family life and became embedded in Cathy’s musical psyche. These are songs that now represent the tradition of her childhood, a tradition that has experienced a renaissance of interest in recent times. For this reason Cathy wanted to reintroduce these songs to a new generation with a vibrant and contemporary energy, whilst retaining some of the traditional methods of how they were intended to be performed. To achieve this Cathy worked with acclaimed musicians such as Roger Tallroth (guitars), Gustaf Ljunggren (lap steel/banjo/piano) and Lars Andreas Haug (tuba) of Sweden, Ireland’s Andy Irvine and the distinctive sounds of singer song-writer Eddi Reader with whom she duets on Eileen McMahon.  Also featured are Michael McGoldrick on uilleann pipes, Rick Epping on concertina and harmonica, Seamie O’Dowd on fiddle and Liam Kelly on flute.
Cathy’s four original tracks on the album also include a co-write with Brendan Graham (who previously co-wrote the phenomenally successful hit song You Raise Me Up).  The track The Road I Go tells the story of the restlessness of youth, of a young person bored with the familiar surroundings and experiences of home and longing to see the world and what it has to offer, yet well prepared by a strong sense of place and family.
A UK launch and performance of All The Way Home took place on January 20th 2012 at Tron Glasgow as part of the Celtic Connections Festival 2012.  Irish performances have included January 26th at the Button Factory as part of the Temple Bar TradFest and January 25th and 27th in Strokestown Park House and The Model, Sligo respectively. Cathy will soon be announcing new tour dates in Ireland to showcase her long awaited solo project.
For further information on All The Way Home and upcoming performances visit www.cathyjordan.com.