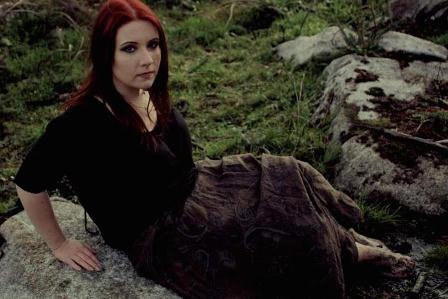 ‘Paramour’ is inspired by the stories of female inmates at Ireland’s former Magdalene Asylum laundries during the 19th and 20th centuries, the Irish Catholic church ran Magdalene laundries as a means of rehabilitating “fallen women”.

Paramour will be Cuthbert’s second studio album and the follow-up to her debut Obstacles, released in 2010. Cuthbert says the new material is “darker and more dramatic than my first album, which was an accessible singer-songwriter album. This time we’re going a little bit further.”

Planned as an independent release, Paramour’s funding goal of €5,000 will cover the “production of the album, advertising, marketing, and distribution” and sponsor reward packages on the her Sponsume funding project page include feature incentives such as unlimited access to online performances for one year, custom song recordings, and private shows.

Irish singer-songwriter and pianist Lisa Cuthbert makes music that has been described as a dark, brooding mix of eclectic sounds with a Celtic twist. Informed by such dynamic influences as Tori Amos, Joni Mitchell, Kate Bush, and Loreena McKennitt, Lisa’s work is distinguished by haunting, ethereal voice, dramatic song writing, and layered harmonies. Through songs that explore memories, moods and feelings Cuthbert aspires to a deeper emotional affect that draws listeners into fervent reverie.

“The haunting ‘Cherry Blossom’, the bouncy ‘My Material Girl’ and the dramatic ‘Storm Coming On’ is the best quarter of an hour of music I’ve heard all year.” – DPRP.net
“Lisa’s lyrics and arrangements display an intelligence far beyond her years” – Everyone Deserves Music
“The greatest strength of the album is Lisa’s wonderful varied vocal range. She holds your attention through the delicate track ‘Second Leaving’ but can really belt out the lyrics during songs like ‘My Material Girl’.” – 2UIBestow
“Cuthbert obviously owes something to Dolores O’Riordan and company, but her music definitely stands on its own as both novel and emotionally engaging.” – Cluas
“Ihre Musik ist melodramatisch und einfach wunderschön!” – Tom Kolbe, King.FM Berlin
www.lisacuthbert.webs.com
http://www.facebook.com/pages/Lisa-Cuthbert/146181802097047?sk=app_2405167945