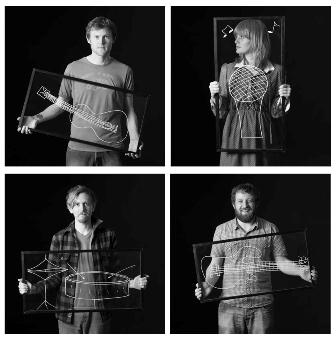 Sive is the moniker of songwriter and musician Sadhbh O’Sullivan. She and her band are currently gearing up for the release of their debut single, We Are Moving, which will be launched in The Odessa on the 3rd of November.

Having spent a number of years gigging extensively in Ireland and beyond with a variety of musicians, Sadhbh formed the band in its current lineup which consists of bassist Eoin Hartwieg, drummer Patrick Hopkins and guitarist Mark Dudley.
They have been touring together since the beginning of 2010 and since then have opened for a handful of renowned acts, including Kila and Gemma Hayes, and made a number of radio appearances around the country.
Their music fuses alternative rock with a variety of genres, drawing influence from jazz, folk and progressive music.
This year has seen them complete work on their debut album which is due for release in February 2012.
Visit their official website here: www.sivemusic.com
Or follow them on Facebook to keep up to date with gigs and new releases: www.facebook.com/siveband