‘Back To Basics Tour’ Screening

‘Back To Basics Tour’ Screening 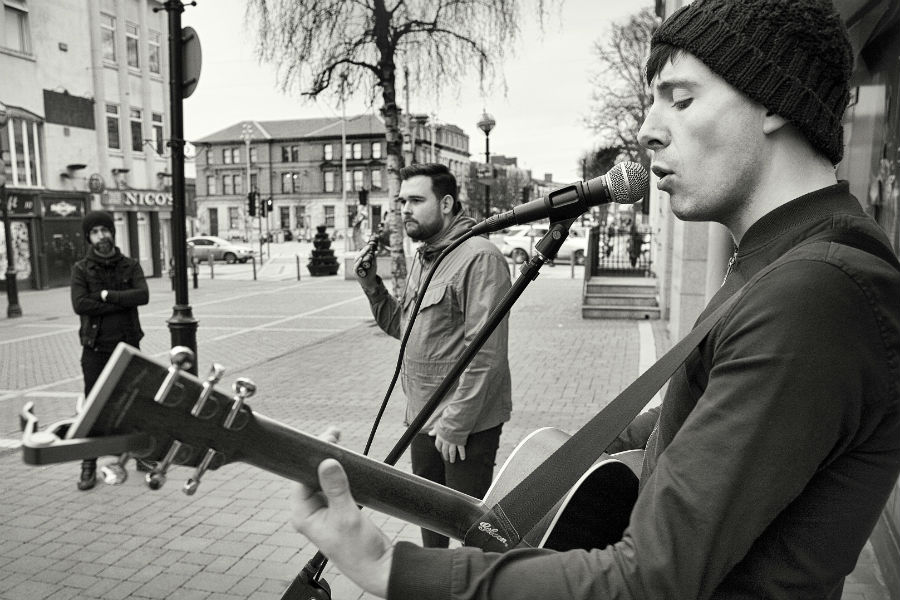 ‘Back To Basics Tour’, a documentary on Ireland’s unsigned music scene will screen in IMRO on Monday 25th March.

Clifford Clifford Productions is a Dublin-based father-son duo that works primarily on videos with Ireland’s leading musicians and spoken word artists. The ‘Back To Basics Tour’ is their debut documentary.

The ‘Back to Basics Tour’, a ground-breaking film, follows musicians Greg Clifford, Barry Jay Hughes and Ian N. Brennan on a self-booked and funded 17-date tour of Ireland.

According to Dave Clifford, one half of CCP, the film captures the struggles that ensue within an unsigned music scene and the self-motivation required to persevere and survive.

He said: “A film like this has never been produced before, thus giving it an edge and making it newsworthy. The tour aesthetic was one of grassroots DIY graft, with an emphasis placed on pure, honest and stripped back acoustic performances”.

“Identifying and working sensibly within limitations and parameters was imperative throughout, both in bringing the tour to fruition and film to life. The whole project was created void of any funding.”

“We have created a modest yet important original film that not only documents new music and live performances but also reveals humour and traits indigenous to the people of Ireland in the various counties we visited.

“The documentary offers a true, unfiltered representation of Ireland and captures a snapshot in time of Irish society within this cultural context. Ultimately it serves as a source of inspiration for aspiring independent musicians in Ireland. It gives the unsigned scene a voice.”

This free event will see the film screened for the 5th time. Previous screenings include the Carrickmacross Arts Festival and Polska Eire Festival Ruda Slaska, as well as private screenings in a sold out Sugar Club and Galway’s Nun’s Island Theatre.