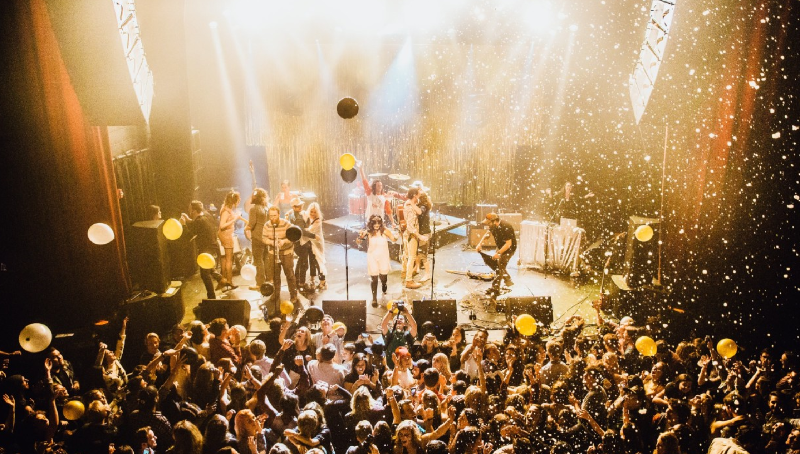 In association with Temple Bar TradFest, IMRO will host a music industry panel on international touring. Gain better insights into the practical elements of taking your music overseas from a line-up of experienced music industry professionals.

Suzanne Doyle’s career has spanned many aspects of the arts including band management, promotion, press & marketing, tour & event management and film & TV production. In 1987 she joined Principle Management working directly with U2 and manager Paul McGuinness on the day-to-day running of the band’s business including albums, tours and press & promotion. Keen to broaden her international experience, in 1990 she relocated to Australia where she worked for independent label rooArt Records. From 1993-96, she was Talent & Artist Relations Manager for MTV Europe. Suzanne was lured back to Principle twice more, when she was Management Associate on U2’s ‘Zoo TV’ and ‘Pop’ world tours. In 1999, she became Personal Assistant to Bono & Ali Hewson. In 2002, she decided to utilise her wealth of contacts and experience and launched Suzanne Doyle Consultancy. Credits include working with Paddy Cosgrave on the Dublin Web Summit & Founders in 2014, liaising closely with Kevin Godley as Director of Talent & Artist Relations on his audio/visual app ‘WholeWorldBand’ for which she developed a strategy to source content, attracting investment in excess of €5million. She produced Irish band Kíla’s concert film – ‘Once Upon A Time’ – featuring endorsements from luminaries such as Neil Jordan and Pat McCabe, and a one-hour special airing on RTÉ – ‘A Christmas Celebration with Eimear Quinn’ – directed by Philip King. Working with Warner Brothers, she produced ‘The Brilliant Irish Flute’ – a high-end double CD/book that went to No. 1 in the Irish iTunes World Music Charts. In 2015 RTÉ Television approached Suzanne to work as Music Associate on the second series of The Imelda May Show, which aired on RTÉ 1 in Summer 2015. She was then hired by RTÉ 2 to work as Artist Liaison for their broadcast from Electric Picnic for the following three years until it ceased in 2017. When the current Music Supervisor of RTÉ Television’s flagship show, The Late Late Show, was temporarily moved to work on the 2016 Centenary Show, Suzanne was hired as Music Associate from Sept 2015 – March 2016. She continues to work in this capacity with RTÉ on a consultancy basis, most recently on the 2019 New Year’s Eve Special presented by Una Healy with the RTE Concert Orchestra, incorporating performances from International and national artists across all genres; David Gray, The Waterboys, Wallis Bird, Something Happens, Brian Kennedy, David Keenan, JYellowL, Emma Langford, Clare Sands, Lemoncello, Saoirse Casey. She works in a management capacity with Achill based singer /songwriter Graham Sweeney, and more recently with the acclaimed International singer / songwriter Declan O’Rourke who releases his seventh album in 2020. She continues to work with legendary Irish artist Finbar Furey, who released his critically acclaimed album & live DVD ‘Don’t Stop This Now’ with BMG UK in 2018. Suzanne is one of twelve elected members of AIM Ireland, (The Association of Independent Music Ireland), a relatively new initiative in this country but linked with sister organisations in UK, USA and Europe; with a common mission to promote growth, awareness and opportunities for independent music through advocacy, education and community.
www.suzannedoyle.com

Frances Brennan carved out a career as a tax advisor in the world of music, entertainment, arts and culture in the early 90’s having worked originally with revenue and accountancy practices in Dublin. She describes her career as ‘almost being as long as the biggest Irish band in the world’ where she was involved in the planning of four of their worldwide tours. Owner of the tax practice known as the The Tax Studio for the past ten years, she specialises in providing personal tax advice to both high profile artists and new acts as nowadays touring is much more sophisticated and requires proper planning in advance. International touring in the UK, Europe, U.S., Australia and Japan are all familiar territory to her, covering foreign withholding tax, VAT, EU Social Security, and FEU applications in the UK.  This is a wide brief which also covers residence and domicile issues, the artist’s exemption scheme and structuring the position in a tax efficient way, balancing cash flow and movement. Frances takes a fresh and holistic approach to using NLP and business coaching in the background to advise on both financial and commercial direction.
www.taxstudio.ie

David Agnew is director of Manchester Folk Festival and So It Is Arts Ltd. In 2017, So It Is produced the inaugural Manchester Folk Festival in partnership with English Folk Expo which takes place across 4 venues over 4 days in October. As artistic director of The Met venue in Bury, David programmes over 200 events a year including touring theatre, music, comedy.
soitis.org.uk

Barry Stapleton has been involved in booking entertainment for Milwaukee Irish Fest for 28 years. Milwaukee Irish Fest hires 100 artists who perform over a 4 day weekend in August. Barry, along with an entertainment committee, oversees all the legal aspects, production, scheduling and logistics at the festival. Barry Stapleton is also the director of the Ward Irish Music Archives in Milwaukee, Wisconsin. Through the archives he has published three CDs, the latest being “Francis O’Neill Cylinders: 32 recordings of Irish Traditional Music in America circa 1904.” Barry has given programs at many conferences in the U.S. and in Ireland. He has organised conferences on Bing Crosby, Irish Music and Celtic Festivals. In 2007 Barry was the local program chair and host for the Association for Recorded Sound Collections, ARSC, national conference in Milwaukee. He has presented at the Library of Congress, Folk Alliance, Hofstra University, Na Piobairi Uilleann, Pipers Club, Dublin, the American Conference for Irish Studies and at the ACIS national and regional conferences.
https://irishfest.com/Irishfest.htm

Live performance on the night from Luz

18-year-old Irish singer/songwriter, Luz Corrigan better known by her stage name Luz, first caught attention in 2019 via. a cover of Dean Lewis’ ‘Lose My Mind’ that captivated listeners and the musician himself, who later invited Luz to support him in Dublin.

This wasn’t the first time the singer had posted a cover, she’d posted hundreds secretly from her bedroom over the years, with her identity always remaining anonymous. By the age of 16, she decided to slowly lift the veil of secrecy, it was only then that she told her parents.

Luz’s powerful voice and emotive storytelling, sophisticated beyond her years has led her to support the likes of Kodaline, Dean Lewis, Little Hours and Mick Flannery.