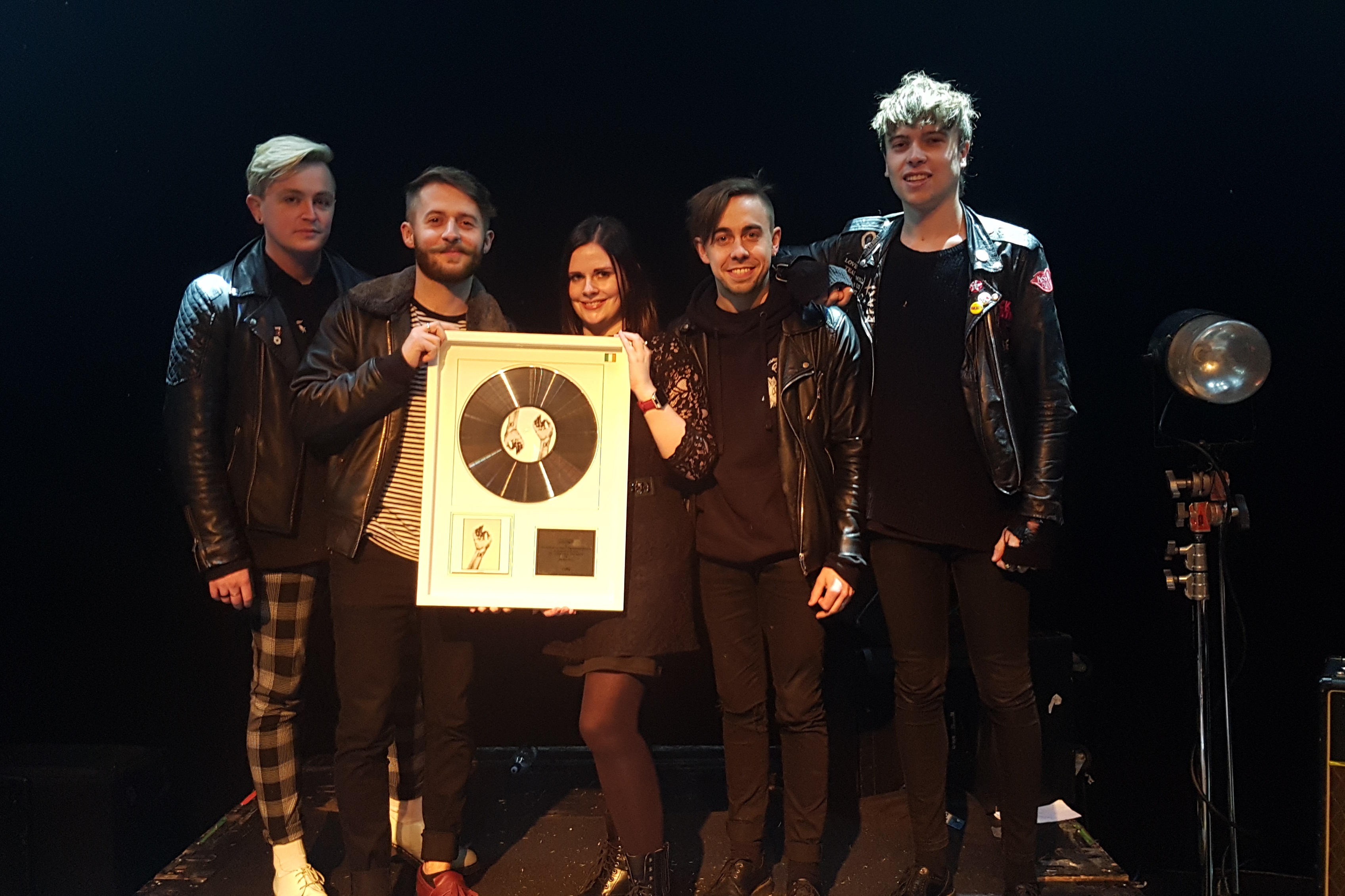 Ahead of their show at Dublin’s Button Factory, IMRO took the opportunity to present Dublin 4 piece Otherkin with an IMRO Award in recognition of their Independent number one debut album ‘OK’.

Released at the end of September, ‘OK’ was recorded in Ireland with David Prendergast, Jason Boland and the band at the controls. The tracks were mixed in London by Jolyon Thomas, best known for his work with Slaves and Royal Blood. Showing real commitment to their art, singer Luke and drummer Rob both had fresh “OK” tattoos committed to flesh for the album artwork.

2017 has already been a tornado of touring for the band, touring the UK with The Amazons and with punk legends the Dead Kennedys. Furthermore, the band opened for Guns ‘N’ Roses at the legendary Slane Castle, made their Download debut at Castle Donington and just this week completed a European tour travelling 10,000 kilometres, playing 50 shows and visiting 19 countries. Just recently, they were championed by Metallica’s Lars Ulrich on his Beats1 radio show.