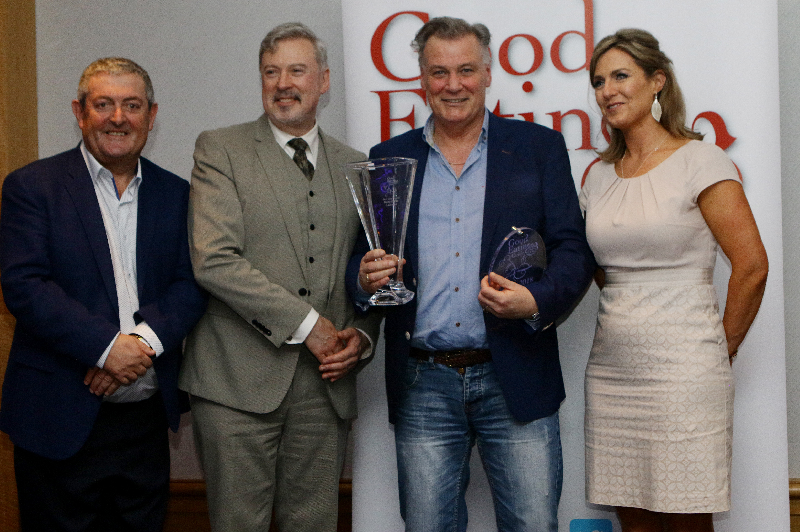 Derry Clarke, proprietor L’Ecrivain Restaurant took the overall best chef award at the IMRO sponsored Good Eating Guide to Ireland annual award presentations in Dublin’s Conrad Hotel last week.  Dublin born Clarke trained in the classical French tradition in the Man Friday in Kinsale. He came home to Dublin to continue his training under the direction of John Howard in Le Coq Hardi for four years. He then spent 8 years as Head Chef in le Bon Appetit Restaurant where his aspirations were always to open a place of his own. He and Sallyanne married in 1987 and opened l’Ecrivain Restaurant in July 1989.  l’Ecrivain has been awarded many accolades over the past twenty nine years, including a Michelin Star first awarded in 2003. A highly popular television personality he has headlined a number programmes over past years and more recently he has teamed up with Paul Flynn and Catherine Fulvio for RTÉ’s series Lords & Ladles which takes the viewer on a historical journey to celebrate our past through the wonders of food and the glories of cooking. The award  presentations were made by the Chairwoman of the Oireahtas Committee on Housing, Planning and Local Government Maria Bailey TD.