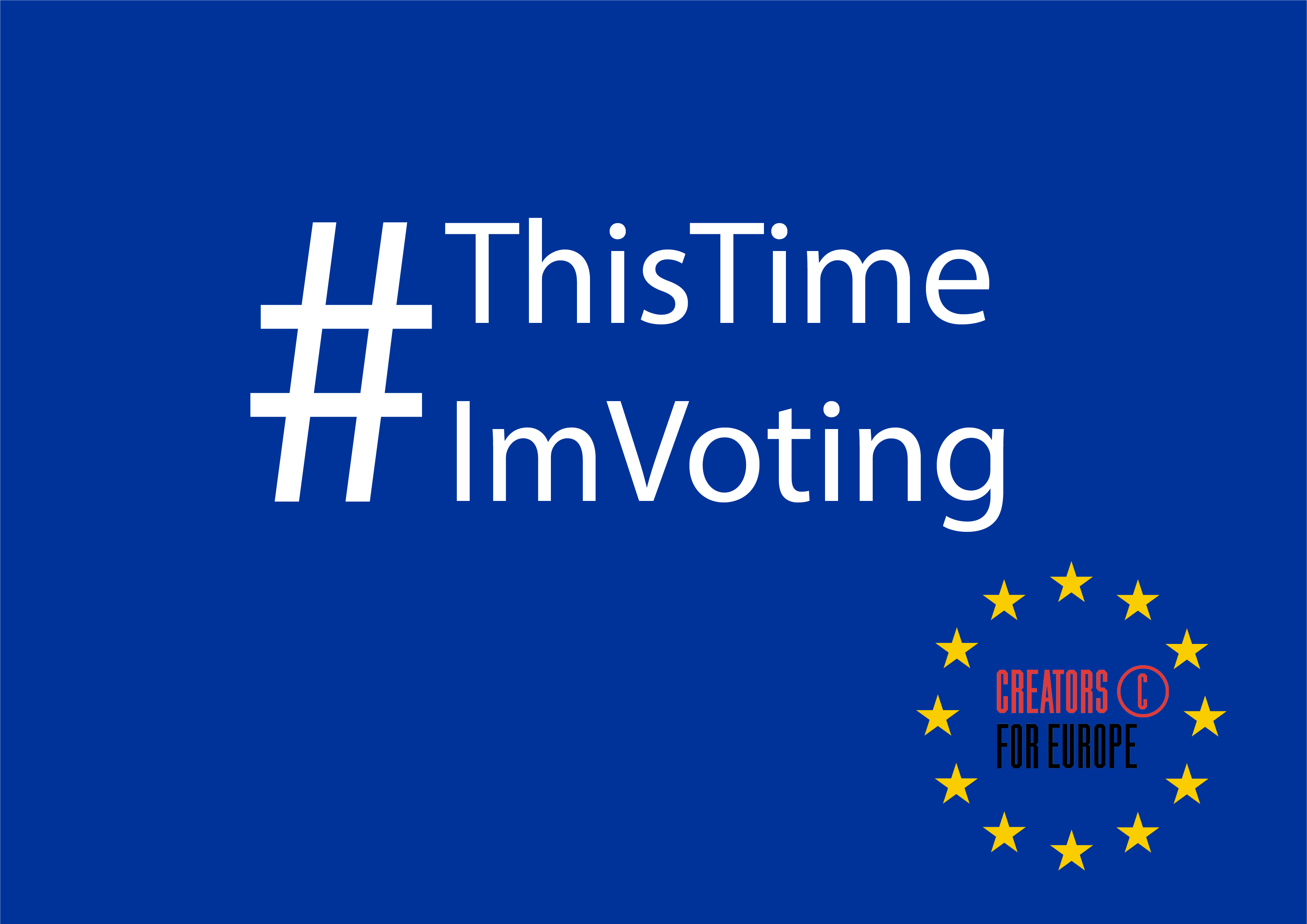 Europe faces a wide spectrum of challenges in the years ahead, from climate change to youth unemployment. But Europe is also tasked with continuing to promote its culture and creativity, essential elements of European identity. GESAC, representing more than 1 million European creators from all artistic fields, strongly believes that one of the best ways in which European citizens can tackle such challenges themselves is to take control of their democratic right to vote.

GESAC and our members will therefore engage in the #ThisTimeImVoting campaign to get as many EU citizens as possible voting in the EU elections between 23-26 May. The campaign was initiated by the European Parliament and is supported by several organisations, in particular the European Movement International (EMI), of which GESAC is a member. EMI was organisation founded in the wake of WWII to bring about greater European integration and cooperation.

ThisTimeImVoting urges Europeans to vote and to encourage their friends to do likewise. More information on the campaign can be found here.

GESAC and its members recognise the fundamental role that the European Union plays in promoting the rights of creators. We were grateful to the MEPs who made the copyright reforms adopted earlier this year possible and we look forward to another five years of fruitful cooperation with the newly elected European Parliament.

GESAC groups 32 of the largest authors’ societies in the European Union, Iceland, Norway and Switzerland. They defend and promote the rights of more than 1 million creators and rights holders in the areas of music, audiovisual works, visual arts, and literary and dramatic works.