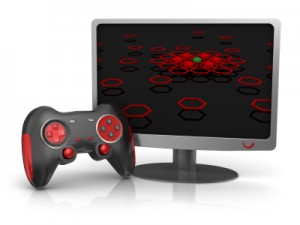 This comprehensive and informative seminar will focus on music composition and technique in video games.

The social and casual gaming sector presents huge possibilities for Irish composers. It is the fastest growing sector of the games industry.

Identified as one of the top 10 fastest growing industries it is estimated that by 2015 the games industry will be worth $82 billion. With further growth predicted it will sustain its position as the fastest growing sector of the Global Entertainment Industry.

To reserve a place at this event send an email to ei.ormi@nosnhoj.htiek

The discussion will cover:

Chanel began her career as a pioneering designer and producer of video games. Developing everything from high-performance 3D vehicle simulations, to action/arcade platform games, to hardware peripherals. 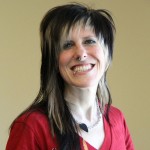 Recruited to Microsoft in the late 90s, Chanel was responsible for the release of that company’s first multiplayer internet game, Fighter Ace, a precursor to the rise of online gaming. Chanel was subsequently selected as the company’s first Audio Technical Evangelist, taking on the responsibility of launching innovative audio technologies such as DirectMusic and also dramatically increasing the use of Windows as a platform for audio creation. With the inception of Microsoft’s Xbox game system in 2000, Chanel was tapped to help design the audio capabilities of the new hardware.

Based in Seattle, Chanel is co-founder and executive producer at Syndicate 17. Her audio production house now specialises in writing and producing original scores, cues, and sound effects for film, TV and video games.

“Ireland has not only attracted some of the sector’s major global players but we have also home grown companies that have achieved global recognition…” Frank Ryan – Chief Executive, Enterprise Ireland.

“The potential for this sector is immense with potential job gains of 2,500 by the end of 2014 across a range of activities including games servicing and development”. Martin Shanahan, Chief Executive Forfás.

Ireland has benefited from the global growth in this sector. Employment has increased five-fold since 2004 with over 2,000 directly employed today. This number underplays the complementary linkages that the games sector has with other related activities such as animation, film, consumer-internet and e-learning.