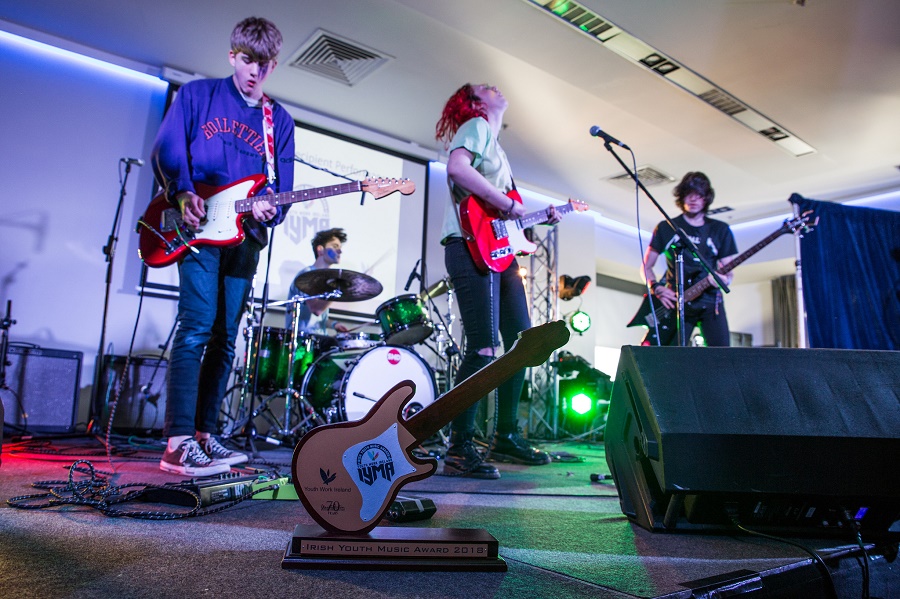 Youth Work Ireland’s Irish Youth Music Awards (IYMAs) is excited to reveal the first guests for their education hub at their all ages National Day on Saturday May 11th, 2019. This event will also mark the launch of Youth Work Ireland week with other activities and events happening around Ireland.

The Education Hub will feature workshops and masterclasses throughout the day which attendees can sign up for on a first come first served basis. These will include: Gold selling number one artists The Riptide Movement and Number 1 chart topping artists The Academic, they will both also perform some exclusive tracks. Award winning Director Lochlainn McKenna will be teaming up with music producer Daithí to look at how to make a music video looking at the Inspiration, process & promotion involved. RTÉ 2FM’s Mo K and MathMan will host a scratch and DJ workshop. BIMM Institute Dublin will host workshops around performance and songwriting with members of Villagers, James Vincent McMorrow and Heathers plus much more to be announced!

The Irish Youth Music Awards National Day will also feature performances by young musicians aged 12-19, performing across two stages throughout the day and attendees will also be able to visit the IYMAs marketplace which will feature hands on demonstrations and will give attendees the opportunity to learn new skills around the creative and music industry, with BIMM Institute Dublin, Girls Rock Dublin,  IMRO and RTÉ 2FM all in attendance with the latter broadcasting live from the event. The marketplace will also have hands on demonstrations and the opportunity for attendees to learn new skills.

Tickets for the Irish Youth Music Awards National Day are available from Eventbrite priced €20 excluding booking fee here. The event is an all ages, alcohol /drugs free event. Group tickets are also available for youth clubs, projects or schools priced €120 (including booking fee) allowing admission for five young people and two youth leaders or adults on the day. Group tickets must be booked by April 29th and are available here.

“We are super excited to announce our education hub line up for 2019 and to create a space for young people to get hands on advice, skills and knowledge about the creative and music industries by some of Ireland’s best acts. We believe it’s so important to support and develop the music and creative industries in Ireland and provide pathways for our future cultural entrepreneurs to develop. We are honoured to be a part of this through the work we do in our IYMAs hubs across the island of Ireland and at our National Day in Croke Park which is all ages and open to everyone to attend,” said Irish Youth Music Awards Director, Barry Lennon.

“The Irish Youth Music Awards programme and National Day is a vital part of RTÉ 2FM’s mission to support young musicians, songwriters and producers by giving them an opportunity to develop their skills and meet industry professionals. We have started to see some acts that have been involved in the IYMAs programme to now be part of RTÉ 2FM’s content,” said Director of Music RTÉ 2FM, Alan Swan.

The overall winner of the Irish Youth Music Awards will win recording time in a professional recording studio, a recording session in RTÉ 2FM’s legendary Studio 8 and a full backline provided by Music Maker Dublin. They will also produce an album of their own original tracks released on physical CD with a professional design. Last years IYMAs album stormed the Irish compilation charts entering at number three. The album will be digitally distributed worldwide through all major outlets including iTunes and Spotify.